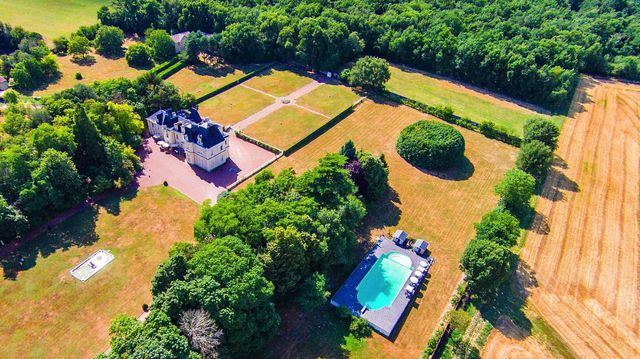 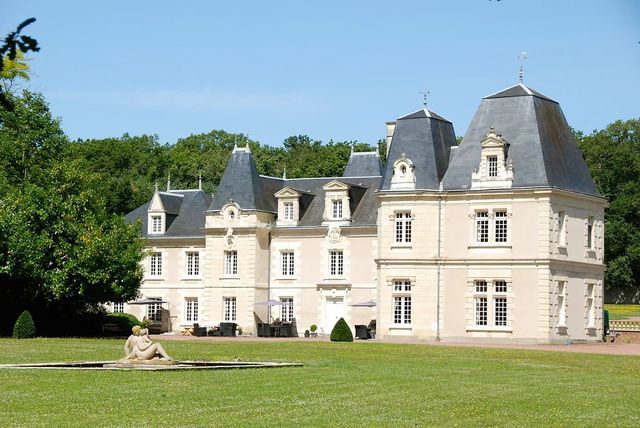 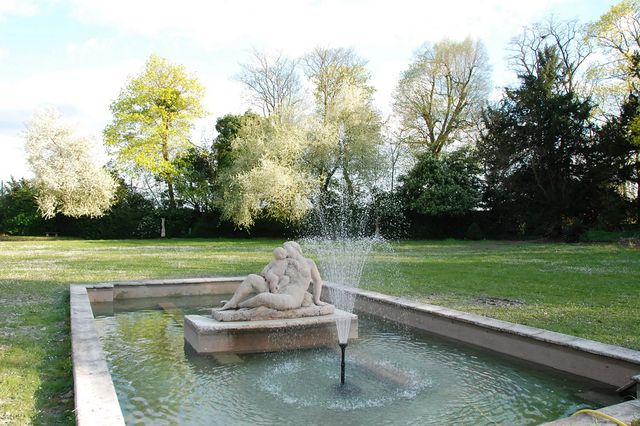 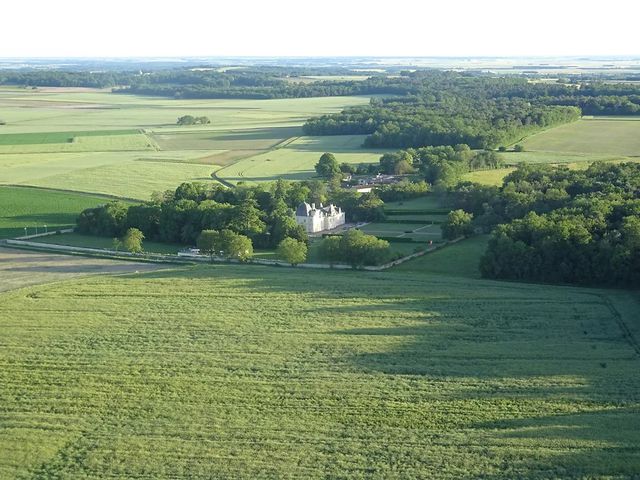 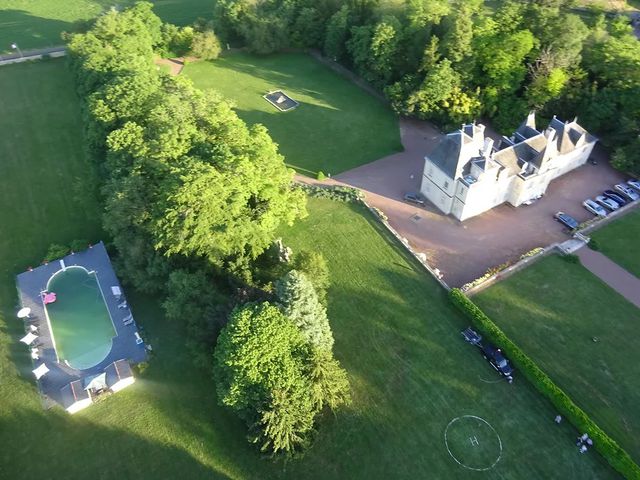 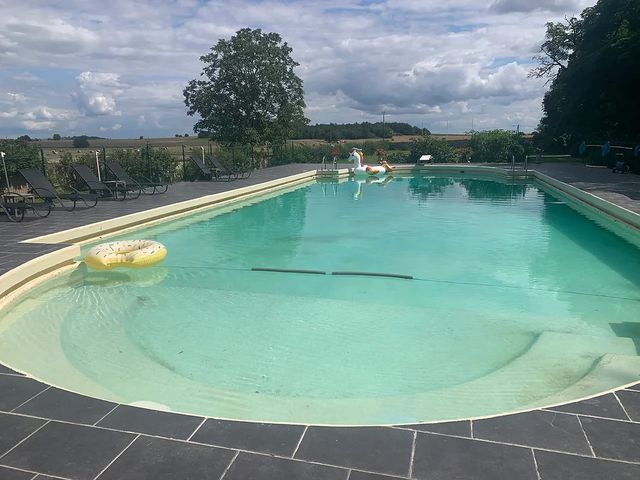 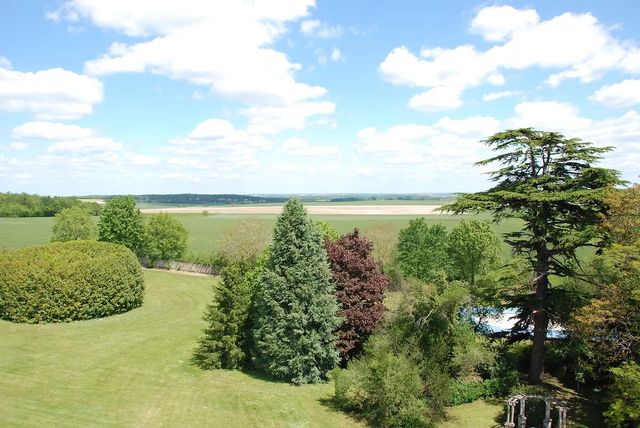 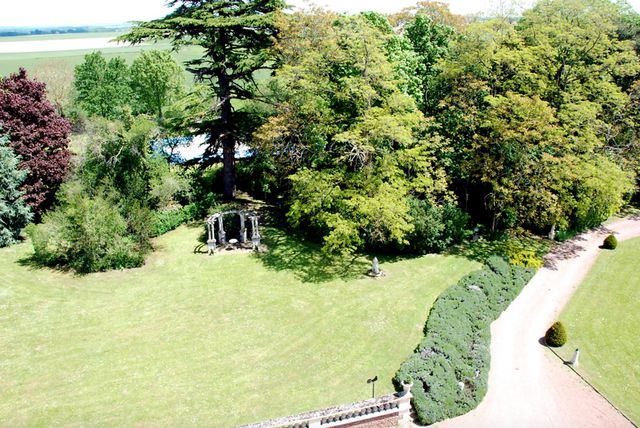 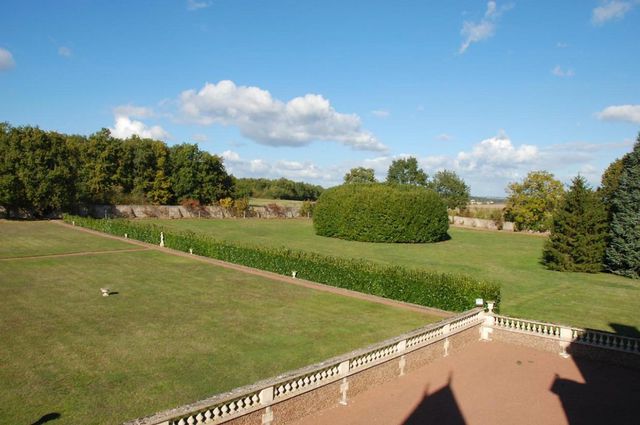 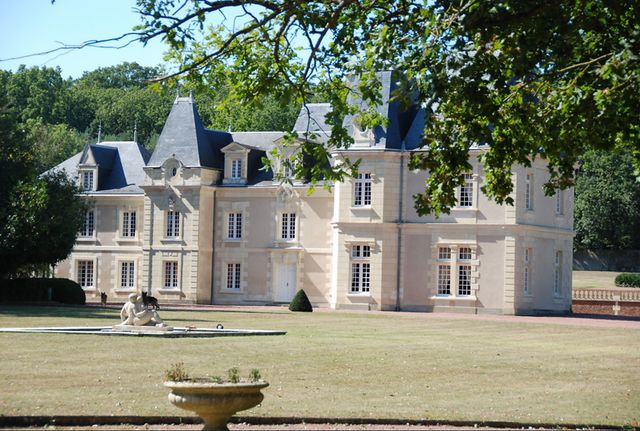 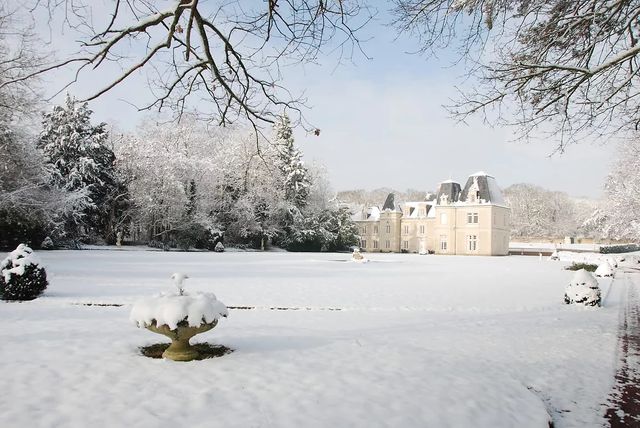 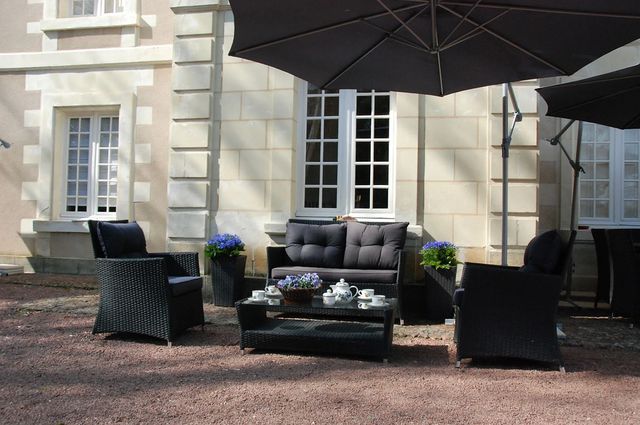 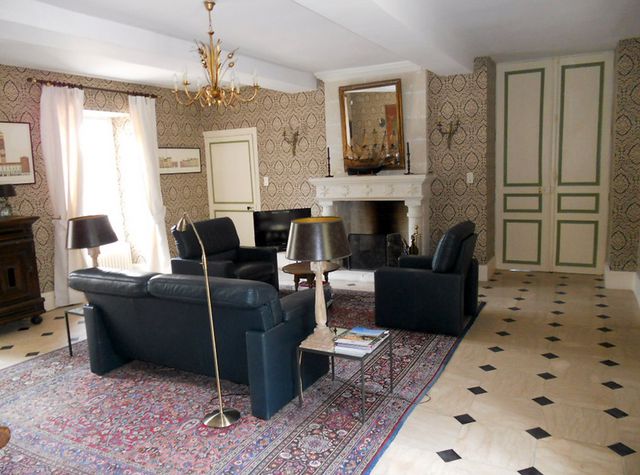 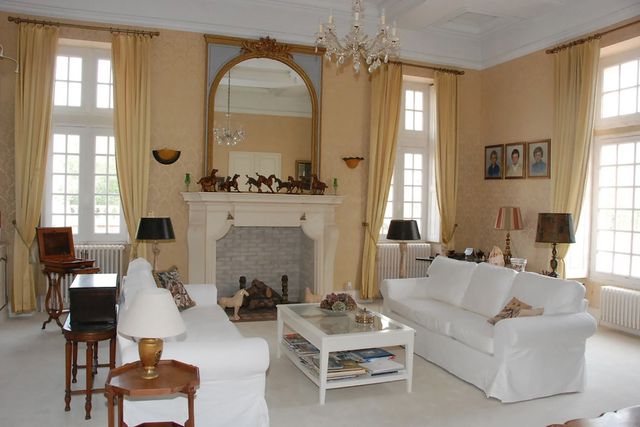 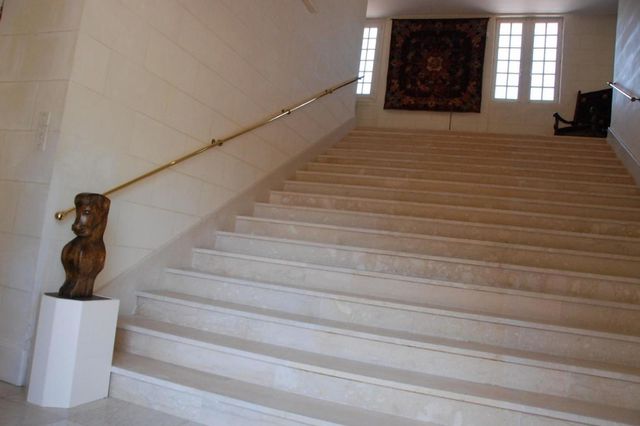 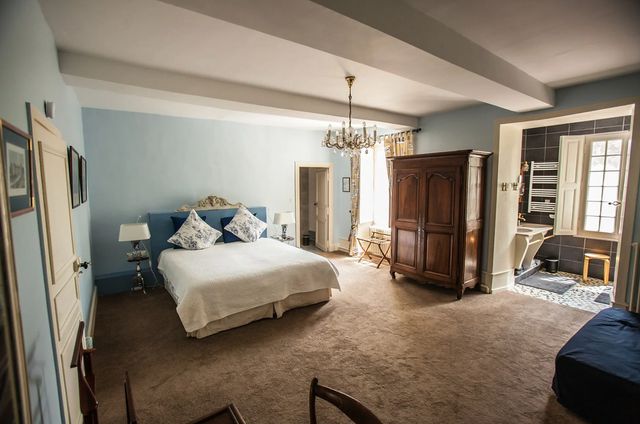 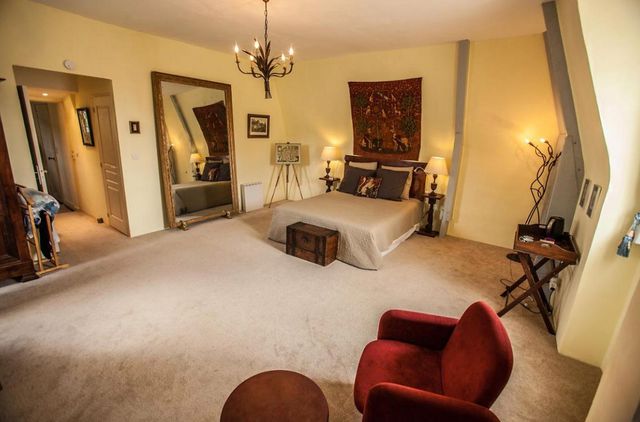 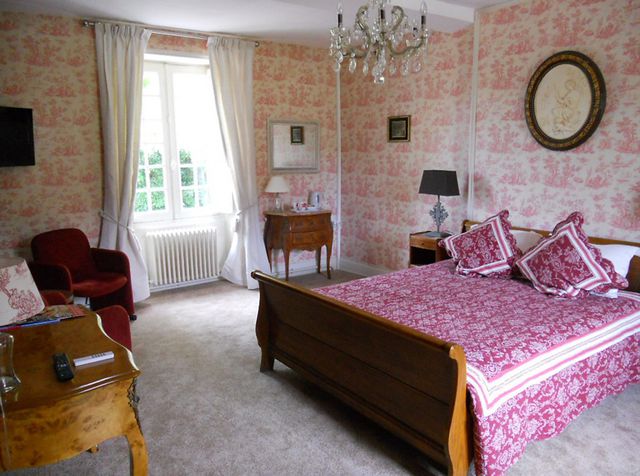 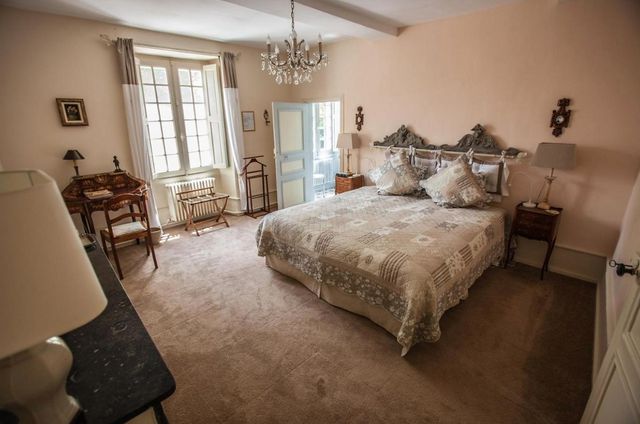 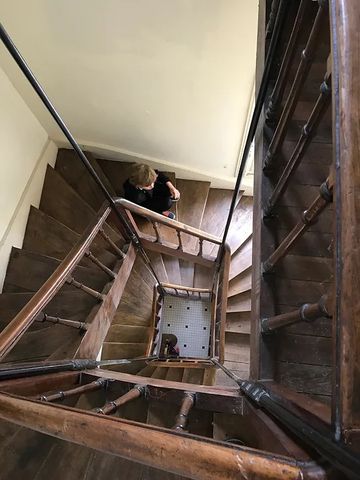 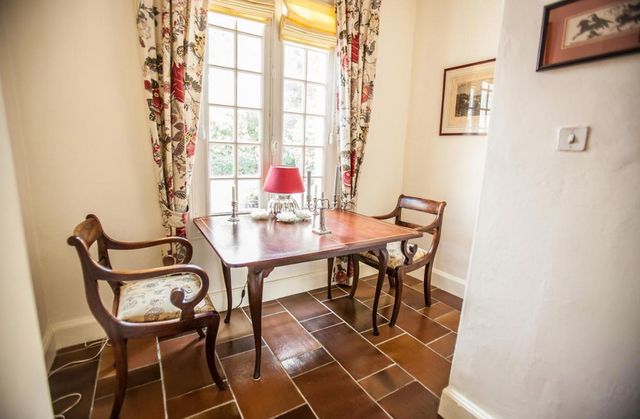 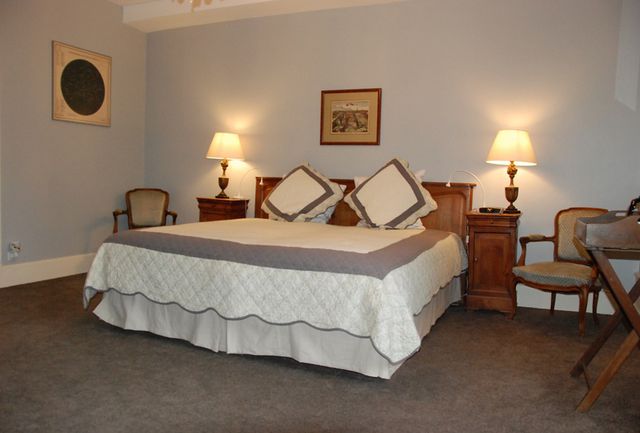 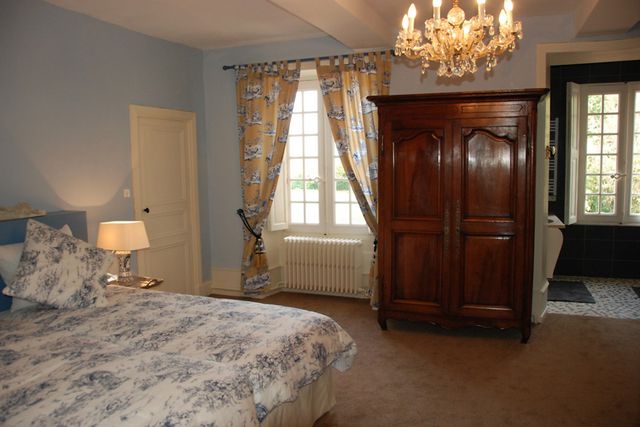 This fine historical château of 600m2, dating back to the XVII century, remodeled in the XVIII and XIX century, is set in walled-in grounds of 4 hectares with a magnificent garden.

The garden is a French garden, many fruit trees, a vegetable garden, beautiful pond with a signed marble statue of an Italian sculptor.

A large swimming pool (21x11m) with sauna, shower and summer kitchen.
To complete this magnificent property, there is a heliport and two separate outbuildings of 300m2, newly and beautifully restored as guesthouses.

The building, completely asymmetrical, portrays a strong impression of classicism. It is made up of three contiguous bodies.
A first rectangular structure is covered with a high slate pavilion roof. A central building, a little lower, covered with a slate 2-sided roof, rests against one of its large ribs and is extended by the third body. On the main facade, two half-hors-d'oeuvre towers highlight the junctions between these different bodies.
A third tower is attached to the center of the garden facade.

The oldest part of the Château was originally built in 1668 as a wine house. In the underground troglodytes (caves) you can see the remains of the wine presses.

The castle’s ground floor includes 3 reception rooms, an office and a large kitchen.

Upstairs: 9 lovely bedrooms. All the bedrooms have en-suite bathrooms with shower/bath and toilet.

The property is set south of the Loire River between Chinon and Saumur, in slightly undulating countryside that is cultivated and dotted with woods and church bell-towers.
Paris is 300 km away and can be reached by road via the A10 motorway.