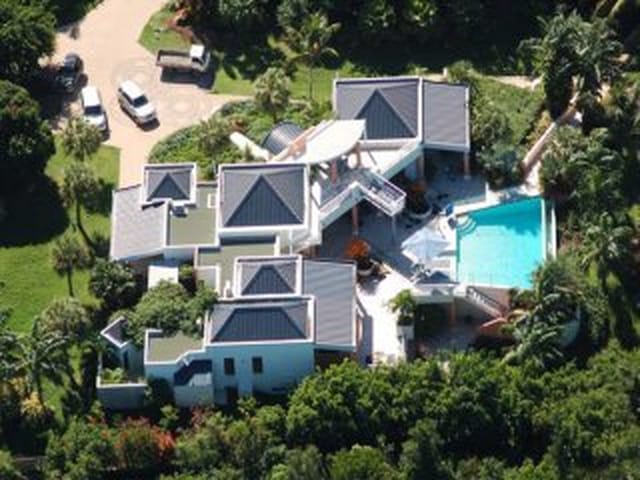 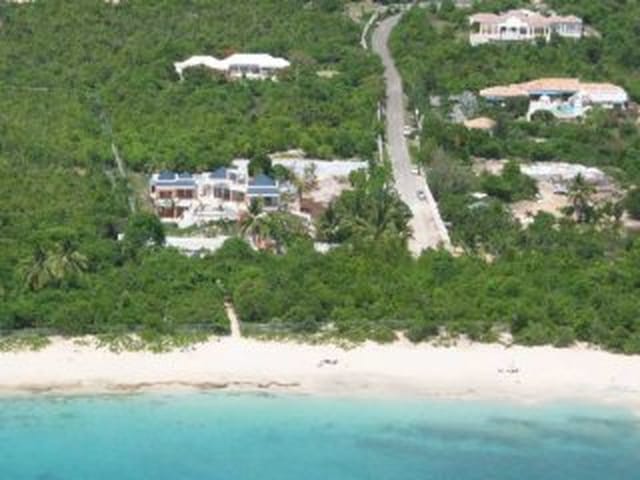 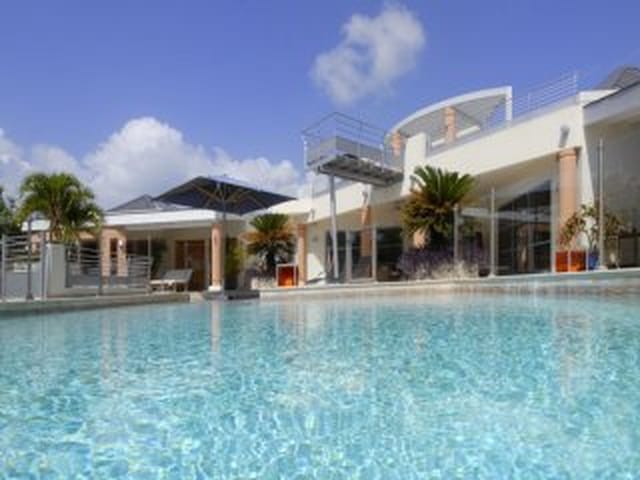 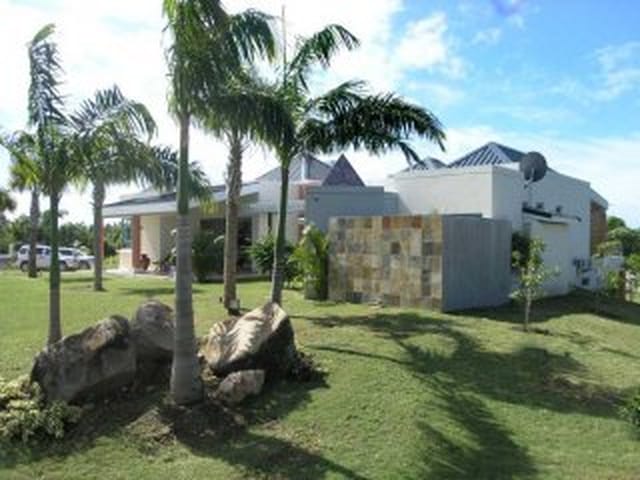 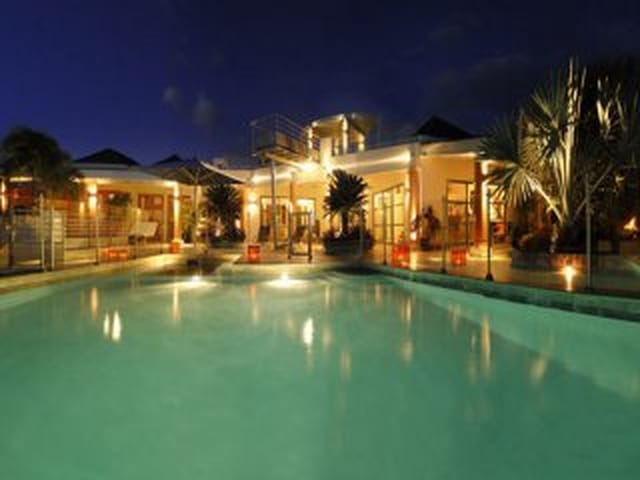 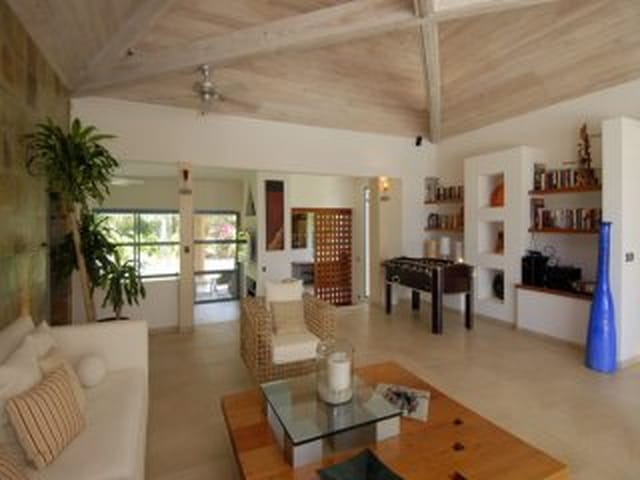 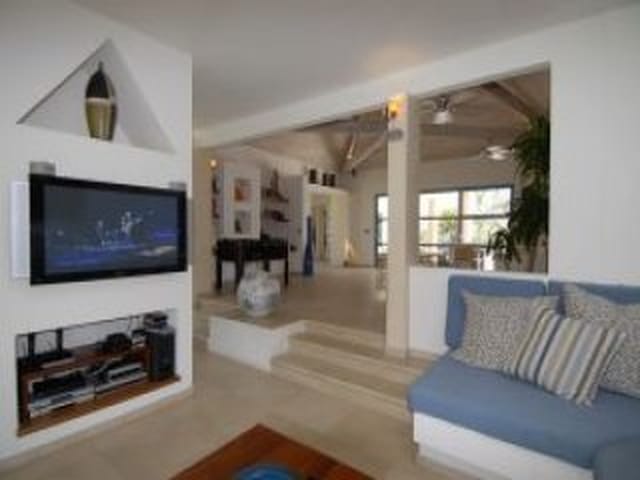 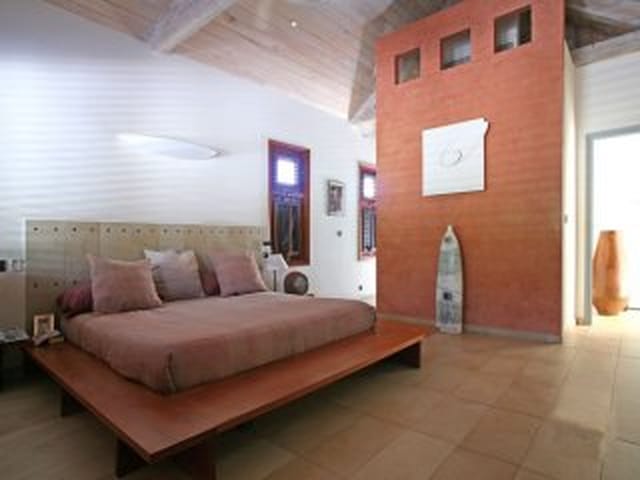 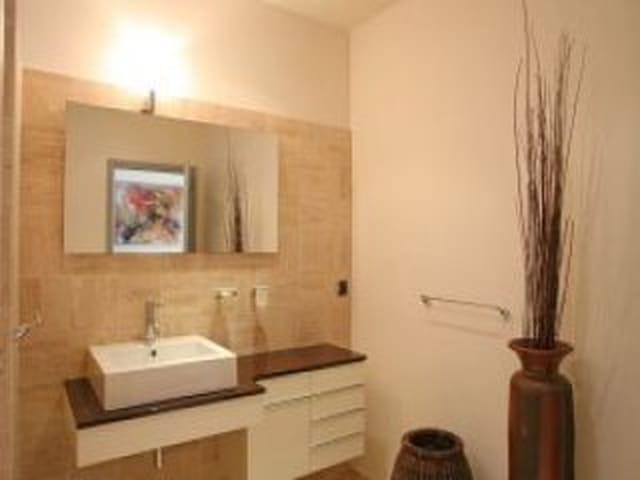 This property on the Residencial part of the Island « THE LOW LANDS « is situated on a piece of land of 9 400 M2 and is design and constructed by the best architect on the Island.

The house has a living surface of 585 M2, a covered terrace of 208 M2 with barbecueand a pergola of 30 M2
There is the right to build another house of 2 bedrooms with a permit agreement.

The house composes of :

- A main living area around a salon; a kitchen perfectly equipped with touch of class materials, two bedroom each having their bathrooms with access to a terrace and a swimming pool with a view of the sea.
- Below this are independent bedrooms with their bathroom
- An air conditioned gym room with machines, sauna and a shower
- An independent apartment with a living room , bathroom, an American kitchen, an air conditioned bedroom.
- A laundry room , a technical room, and a depot of 80 M2
- A terrace below the house has an impregnable view of the sea which is only ONE MINUTE walk across from the road

The entire villa is build according to current anti-hurricane regulation norms.
A system which is set up as ant-hurricane protection so that even if the storm is strong this system will reduce the speed to 80 % if the hurricane last for 3 hours, 2 independent water tanks of 150 M3. A desalination system by inverse osmose produces 13 M3 of water daily to supply the alimentary irrigation and the need for portable water in the house.
A generator of 36 KVA which offers an autonomy for 5 days, the house is equipped with an alarm system, a supervision system composed of 5 cameras connected to a television system for the villa
All of the telephones in the house and also the outside gate is control by a central telephonic system, absolute 100 % security

Everything was done with taste and modernisme. The architect is the futurist of tomorrow the best Architect of St Martin

The entire property consists of unique rooms without any doubt.