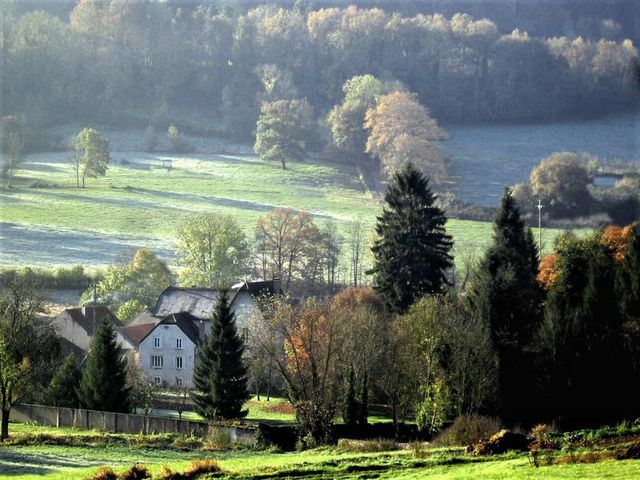 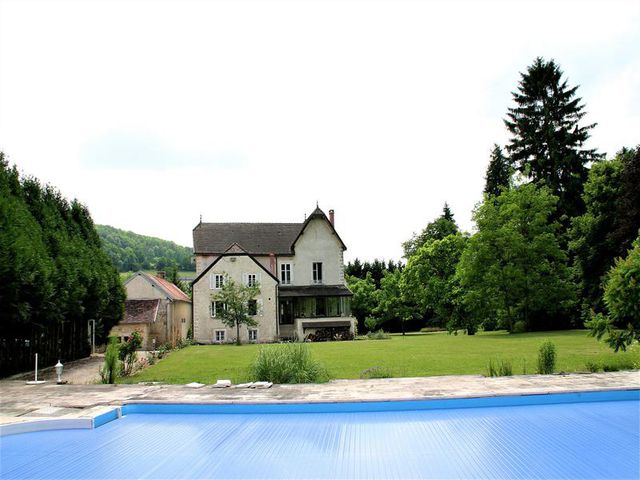 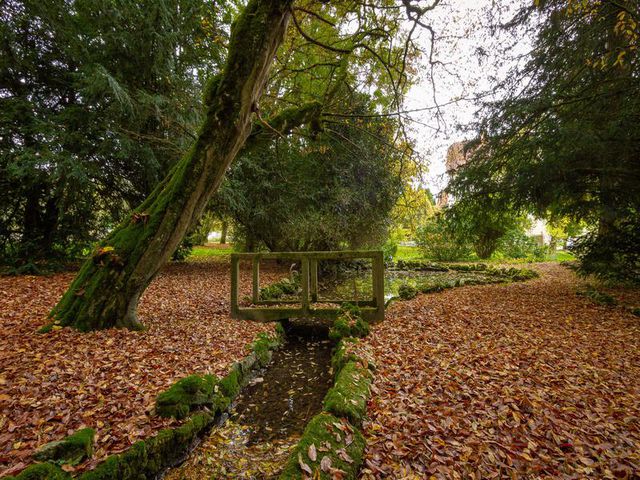 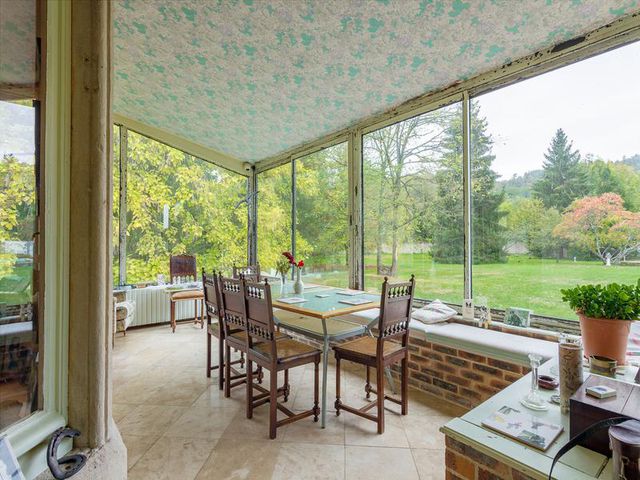 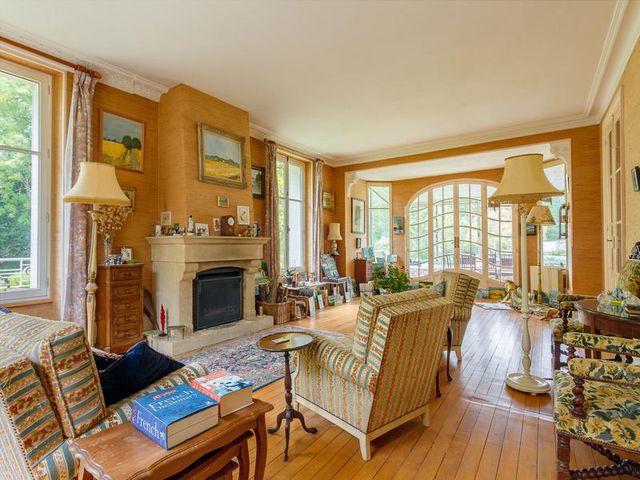 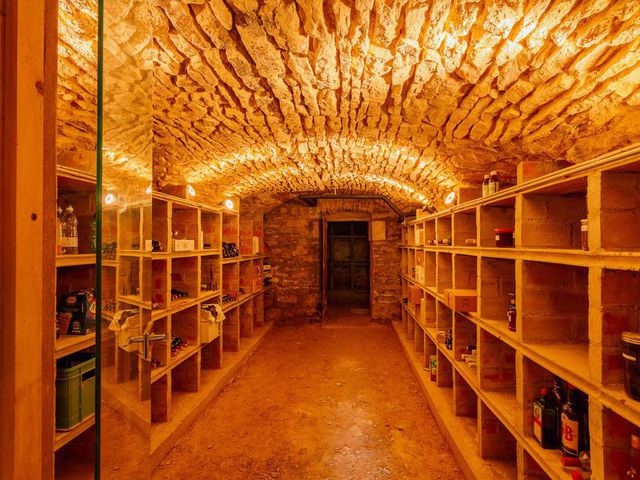 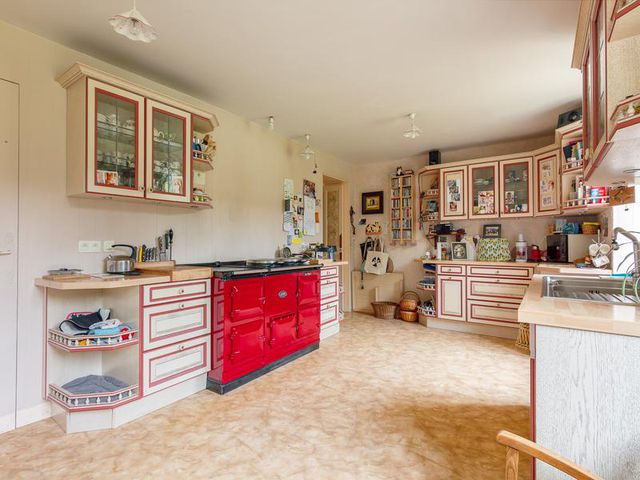 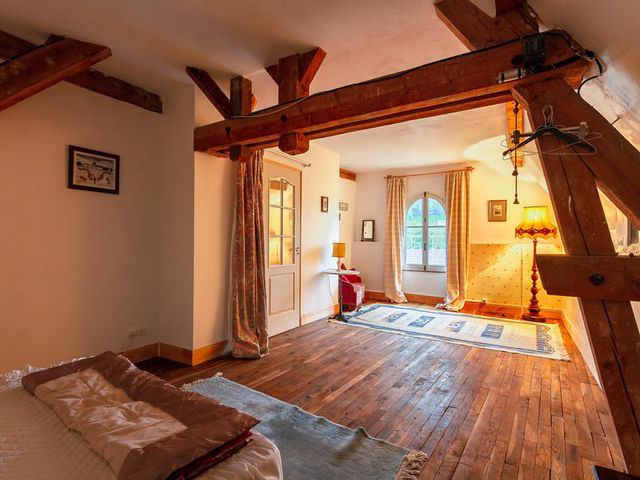 A superb 19thC property in 9850m², comprising a lovely stone built house of 274m², another house of 160m², a further house of 70m², several outbuildings, all in a walled and treed garden, bordered on one side by a small river.

Situated near Dijon in the Côte d'Or, Burgundy.

A veritable haven of peace awaits you in a walled garden of 9850m² with magnificent trees, lawns and stream with ponds.

The property consists of a maison de maître of 274m² with a second house of 160m² presently on a short lease (soit “rentable”) and a third house of 70m² for renovation.
As well as magnificent outbuildings, a swimming pool of 12x6 metres with its own equipped poolhouse, there are superb large vaulted cellars at your disposition.

The location is good: Paris is one hour on the TGV from Montbard, Geneva is about three hours, and Dijon is just 45 minutes by road; there are also direct trains to Charles de Gaulle airport from Montbard.

From the moment you enter through the gates into the beautiful walled and treed garden, you are aware of the abundance of it all.