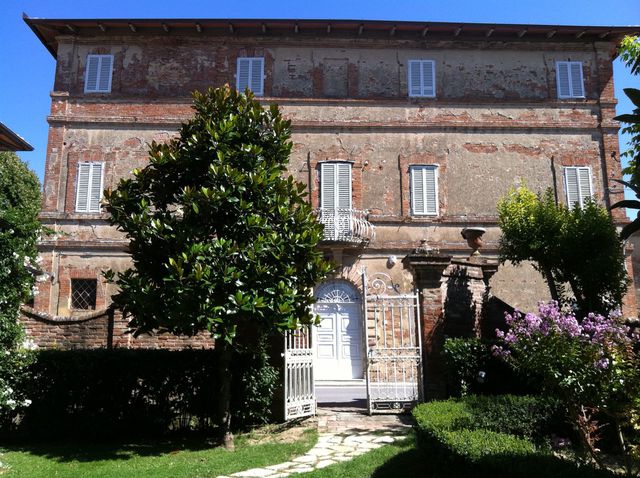 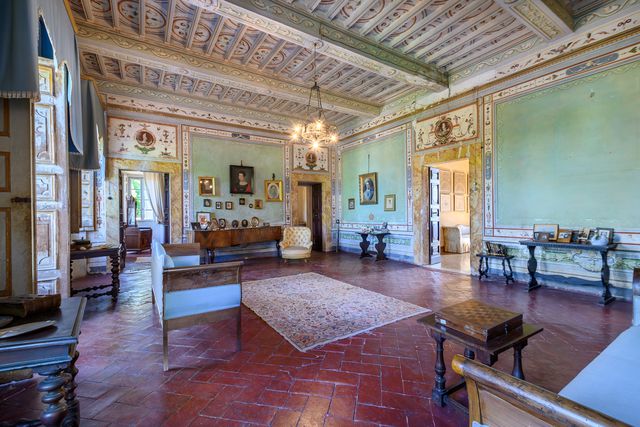 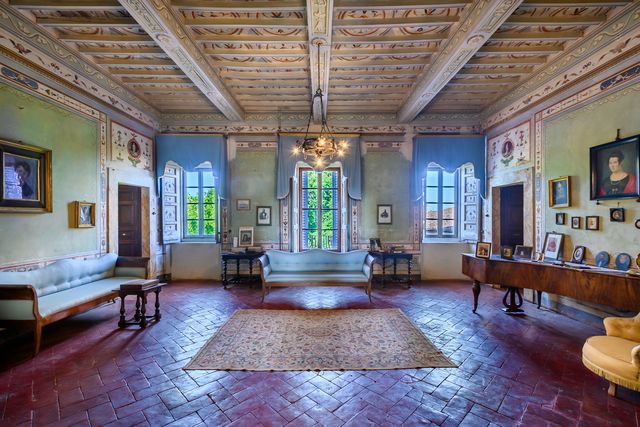 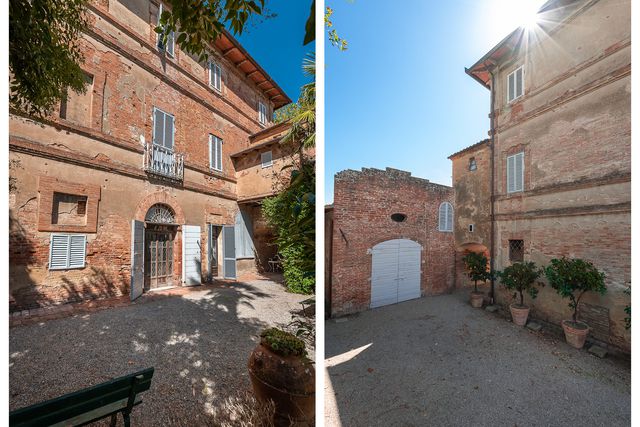 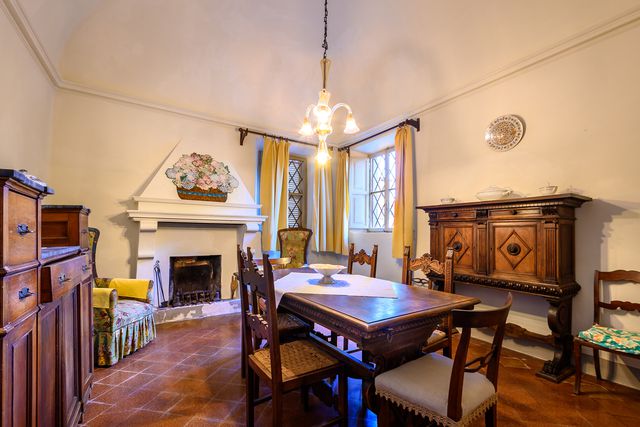 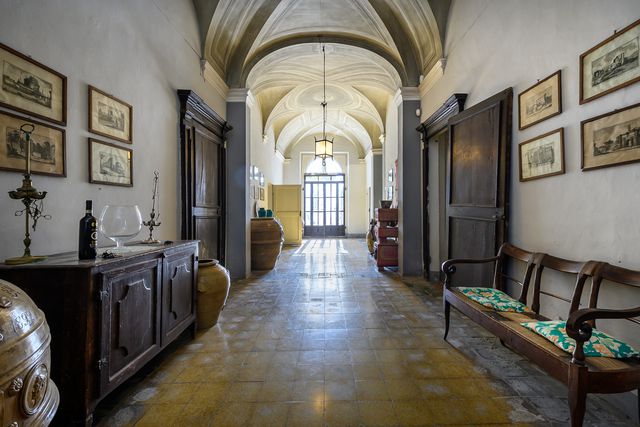 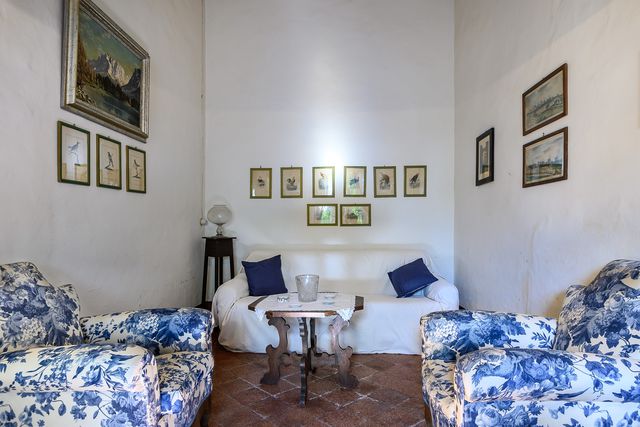 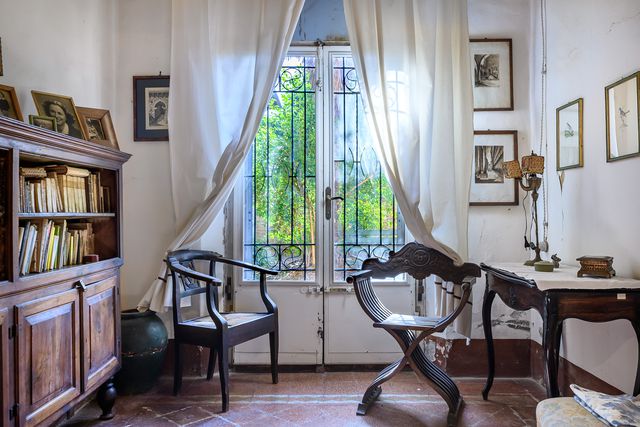 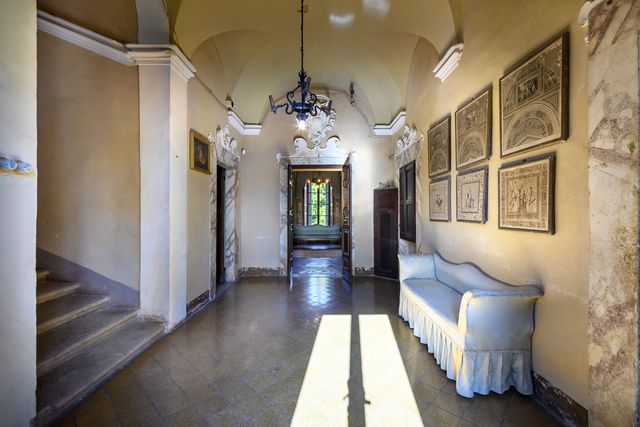 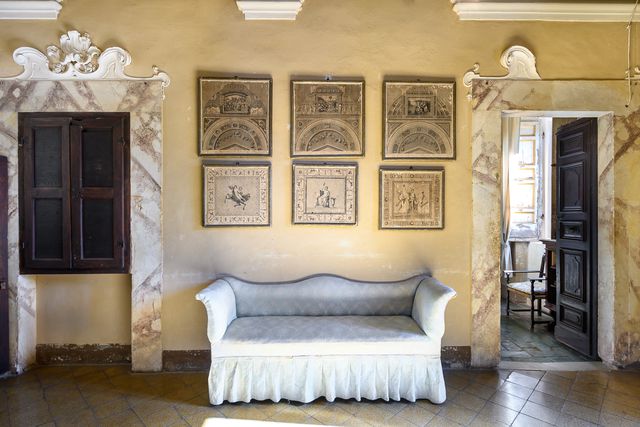 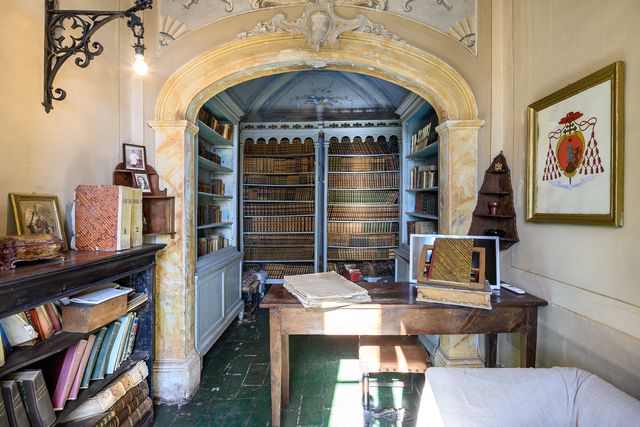 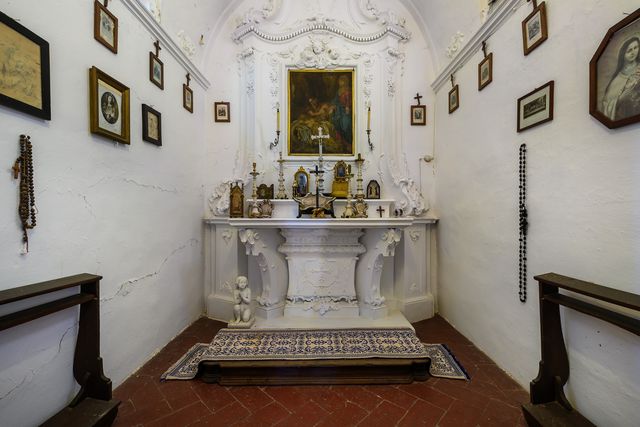 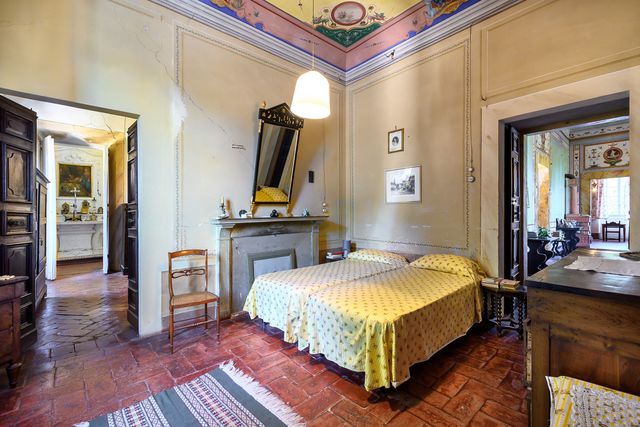 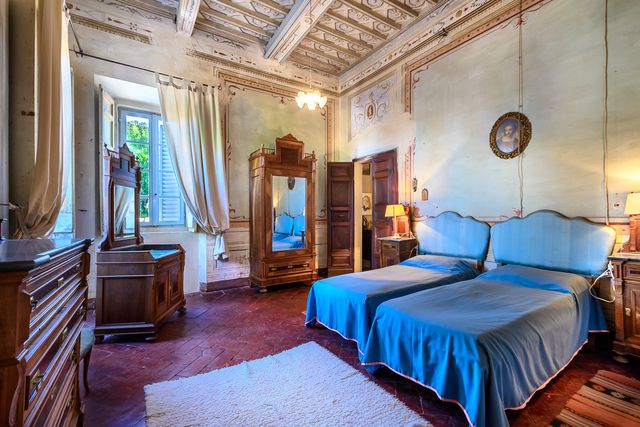 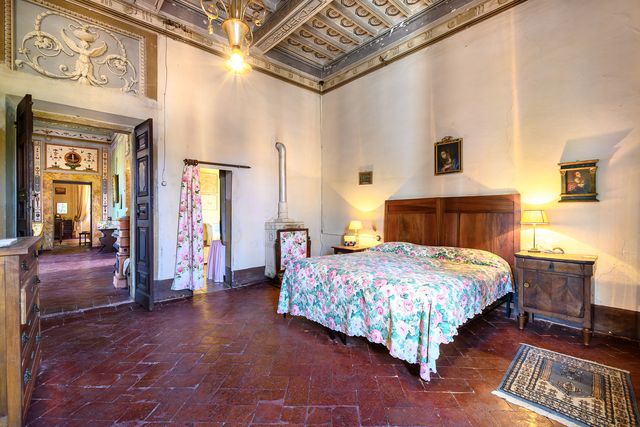 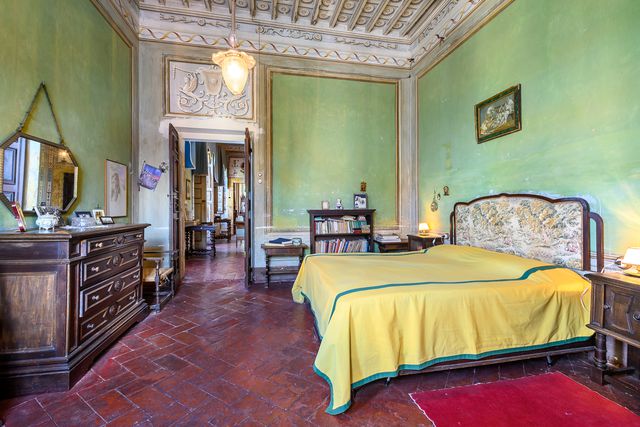 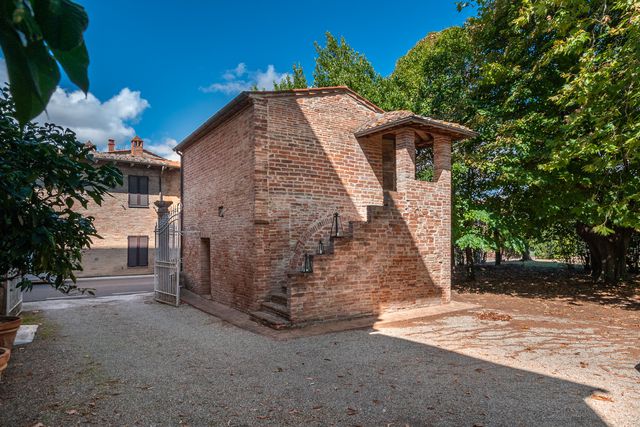 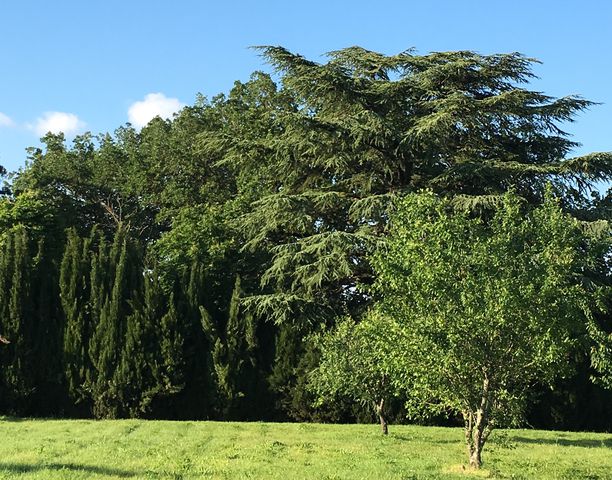 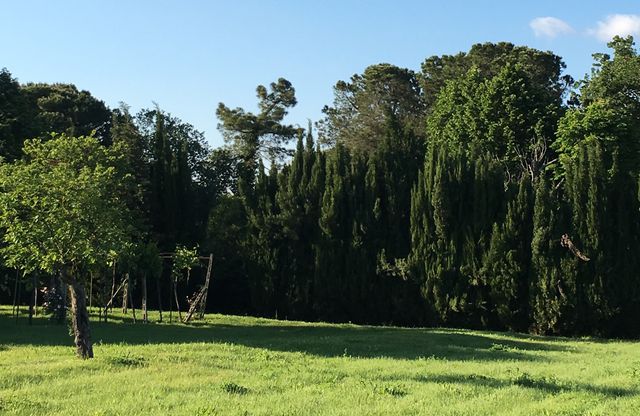 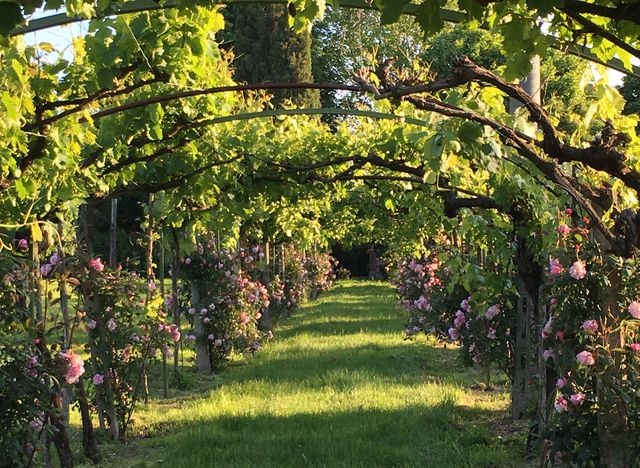 Prestigious palace with land for sale in Gioiella, a hamlet of Castiglione del Lago. The property, of approximately 850 gross square meters was built in the early 1500s and renovated between the 60s and 70s and has also got a land of approximately 6060 square meters and two annexes for a total of approximately 250 gross square meters. The building, which is spread over four overall levels, has frescoed walls and ceilings and vaulted ceilings. From what has now been reported, it can be assumed that both the ground floor and the first floor, in ancient times, were used to be lived by the Lords of the building, while the second floor was undoubtedly intended for the service personelle.

The period structure is suitable both as a private residence but has great potential to be transformed into an accommodation facility, also having the possibility to build a swimming pool in the garden within the property and since part of the land is buildable for any extensions or additional constructions. The proximity to the major centers of interest in Tuscany and Umbria makes it possible to make the property a perfect base for those wishing to visit villages such as Città della Pieve, with its beautiful historical center, Castiglione del Lago with the fascinating fortress and point of departure to visit the lake islands, Cortona and its romantic historical center, Chiusi and Sarteano with their Etruscan sites and Montepulciano, land of the famous and excellent Vino Nobile; but not only that, Gioiella is located a short distance from Perugia and Siena, two of the most characteristic cities of Umbria and Tuscany.

The building has always belonged to the same family for generations since the Nineteenth century. Ascanio della Corgna dedicated himself to the embellishment of the Castiglionese palace, designed by Vignola, then by Galeazzo Alessi, with whom the marquis collaborated. Ascanio della Corgna stayed above all in the palace of Castiglione del Lago, but also in the residence of Perugia, in the Castle of Bastia Corgna (ancestral cradle of the family) and in the Casino di Caccia (now Palazzo Dini) in Gioiella, on the hills west of the Trasimeno Lake.

What fascinates about this prestigious property, which is certainly in need of restoration and modernization after the last renovation in 1960, is the presence of a small, well-kept and valuable private internal chapel. Moreover, of particular interest is its internal position in the town but reserved thanks to the pertinent land.