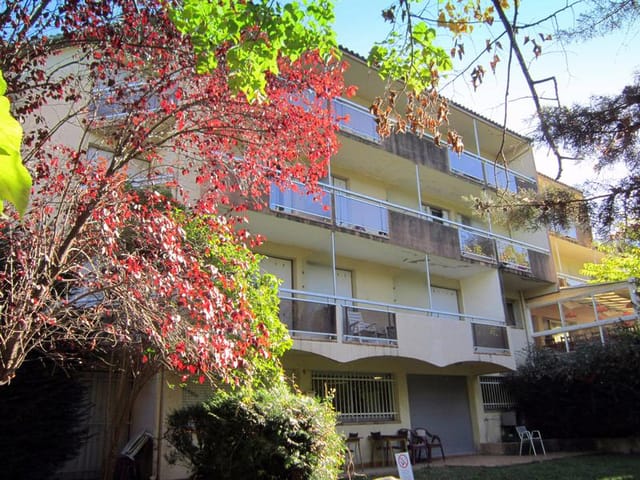 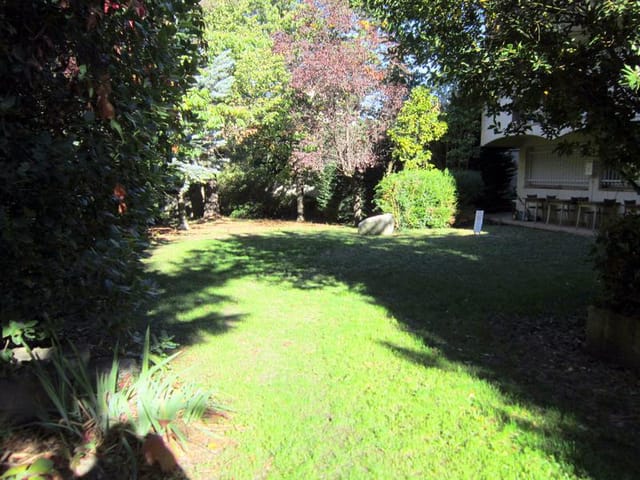 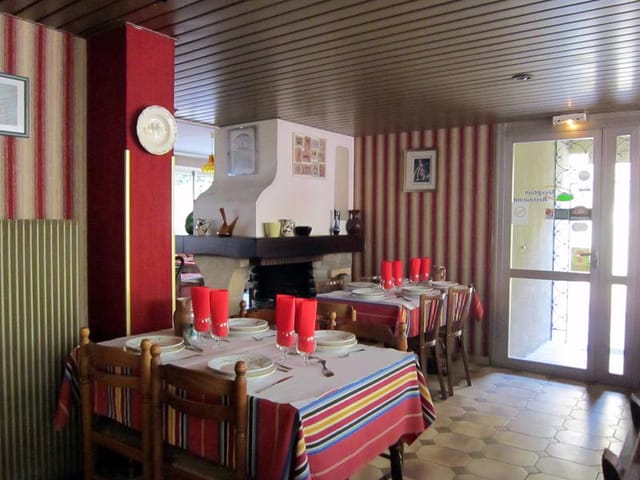 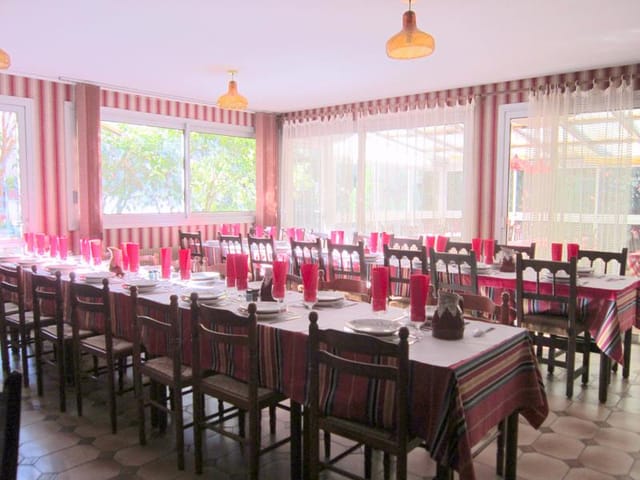 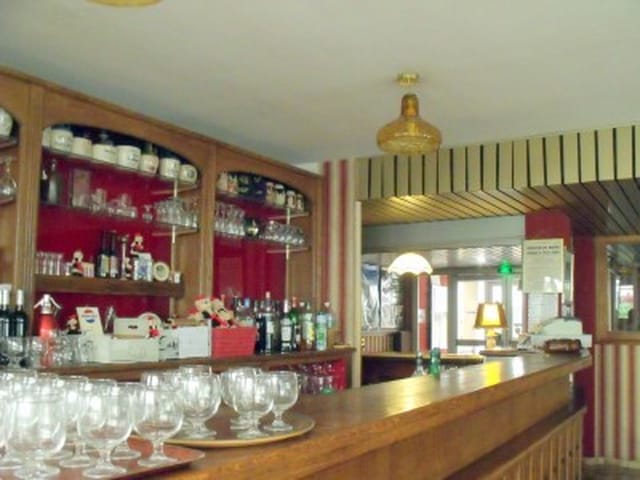 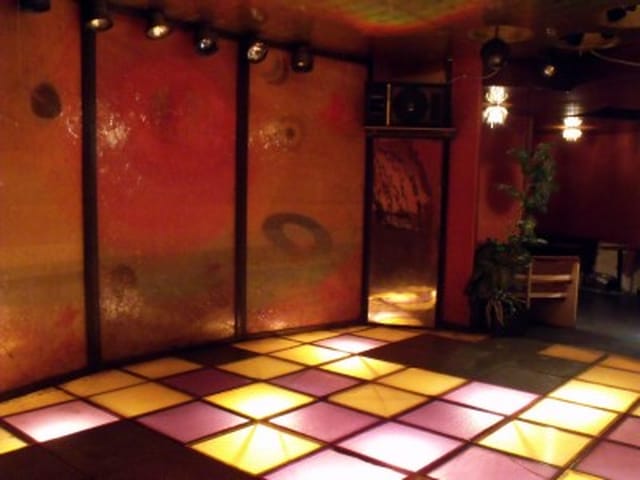 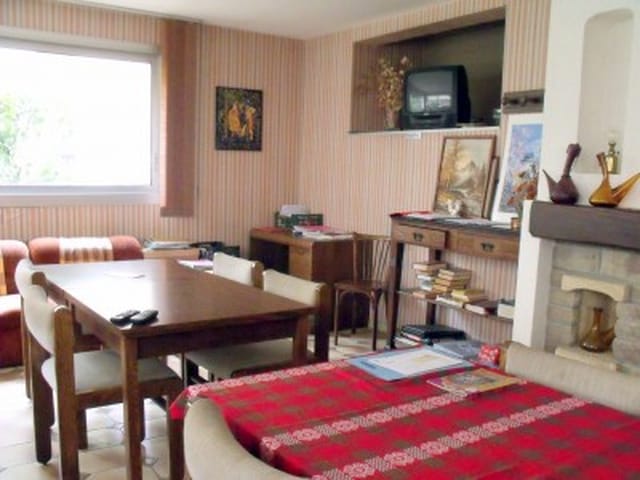 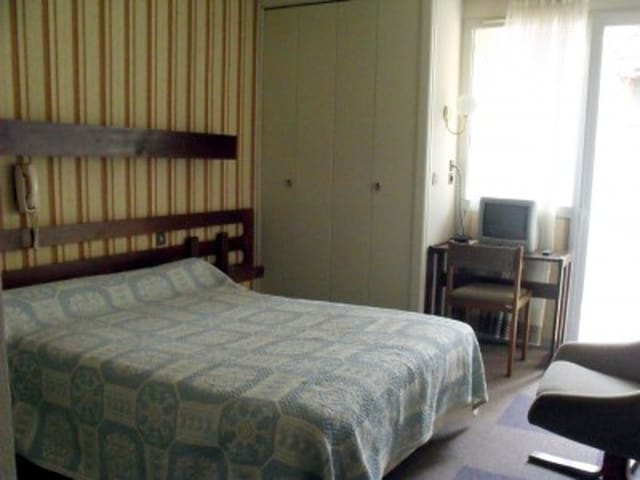 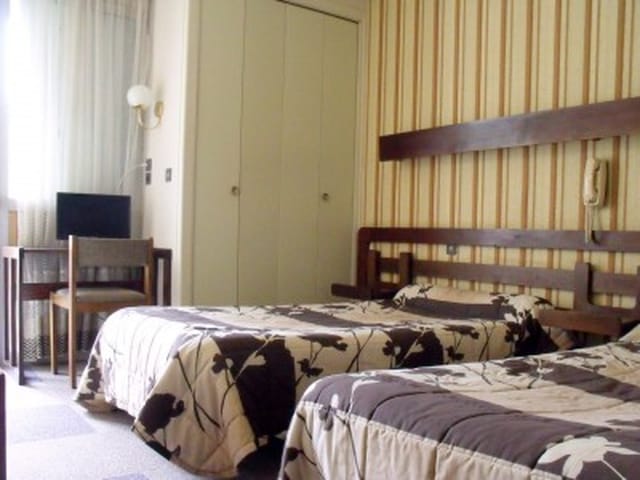 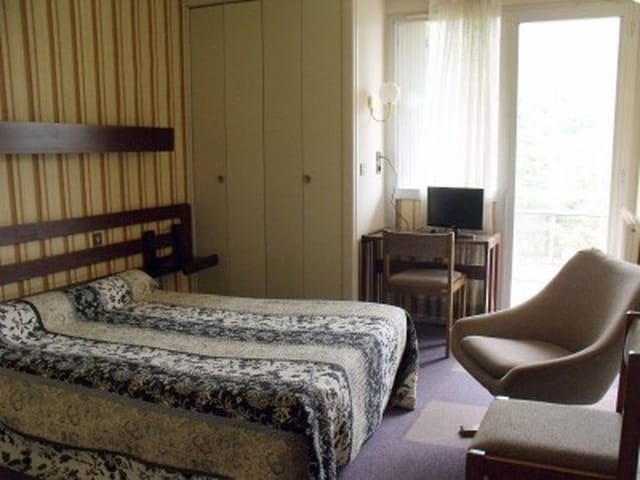 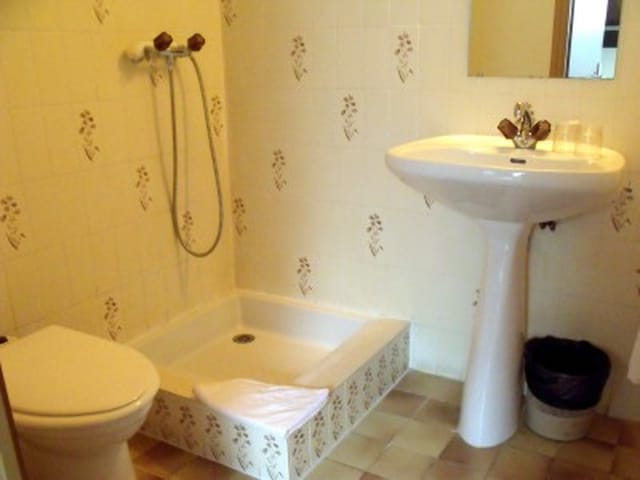 Mountain views and less than an hour to Perpignan for the airport, tgv and beaches and 40 minutes to the nearest skiing.

This building has been a hotel for years and currently has forty ensuite bedrooms, in need of refreshing but functional. Each room has a balcony with views of the vilage or of the mountains.
There is a large function room, previously a disco on the ground floor along with a forty seater restaurant, bar and reception.

There is a private car park and a 1400m² garden.
There is a professional kitchen and wash up with storage rooms that still comply as do the fire precautions and escape routes.There is a double fuel fired central heating system and double glazing.

Vernet Les Bains is a curist thermal spa town nestled in the foothills of the Pyrenees Orientales. With restaurants and bars and a handful of shops, school and a market twice a week. Prades market town is just fifteen minutes away with all the amenities you could need. The buses go frequently to the train station at Prades and connections to Perpignan only an hour away from Vernet Les Bains!

It has lots of possibilites as apartements, or perhaps refreshed accommodation with health facitilites...............