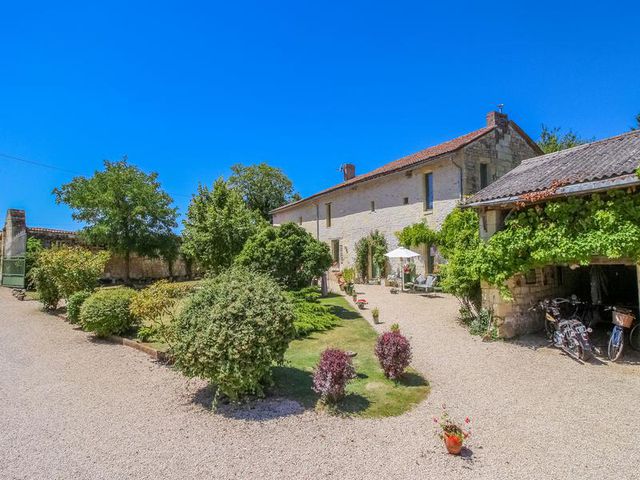 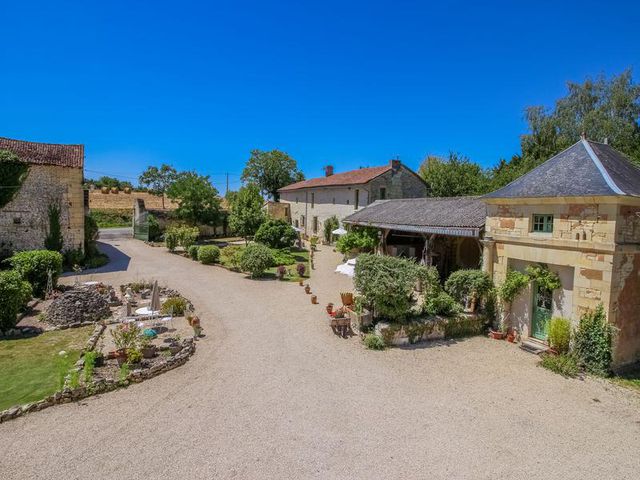 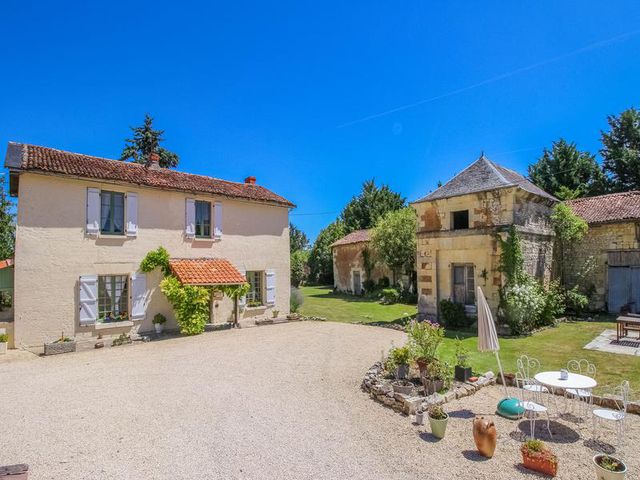 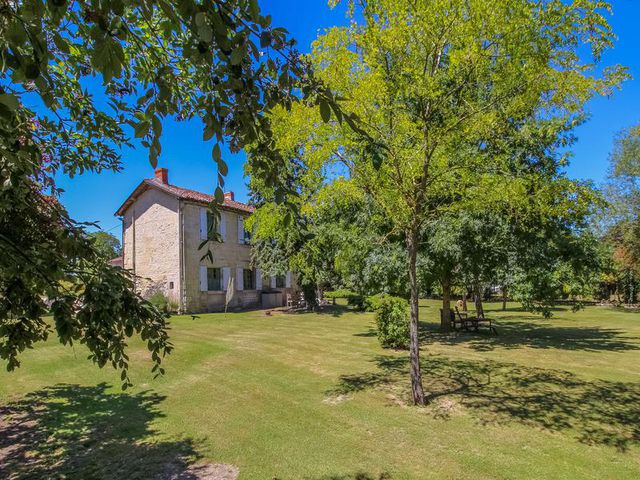 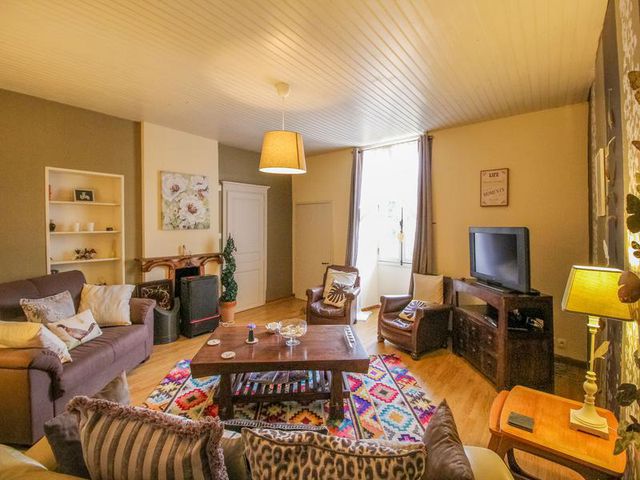 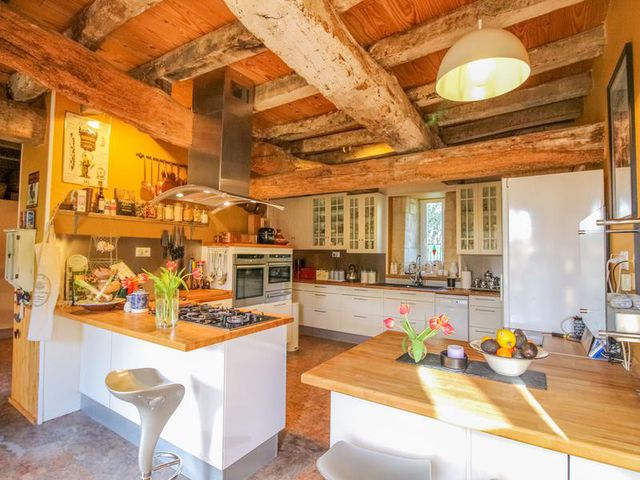 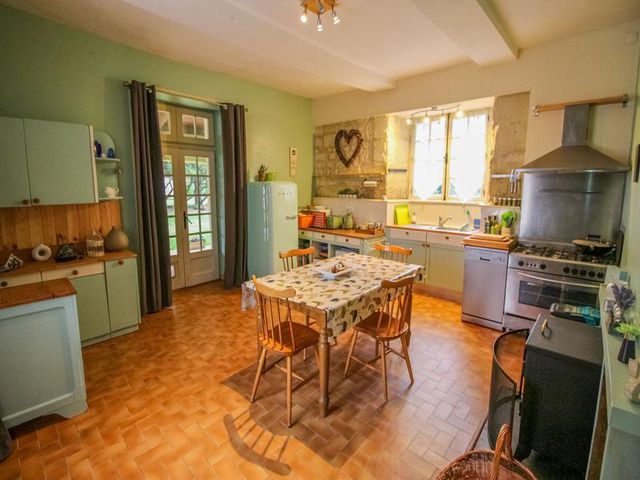 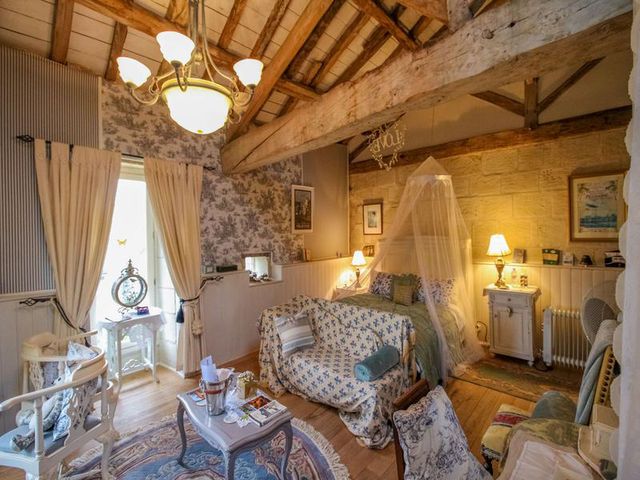 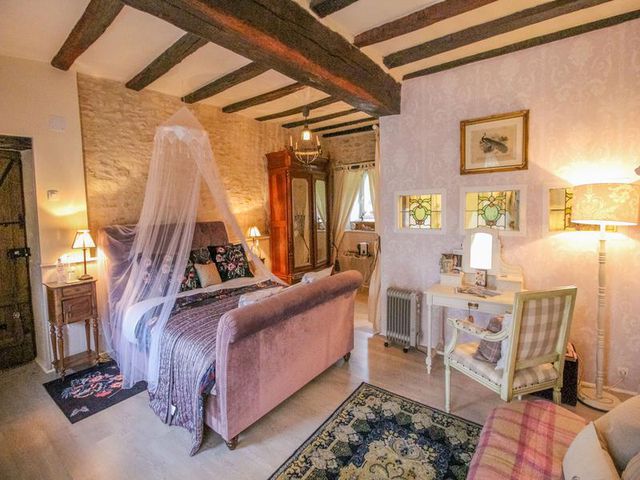 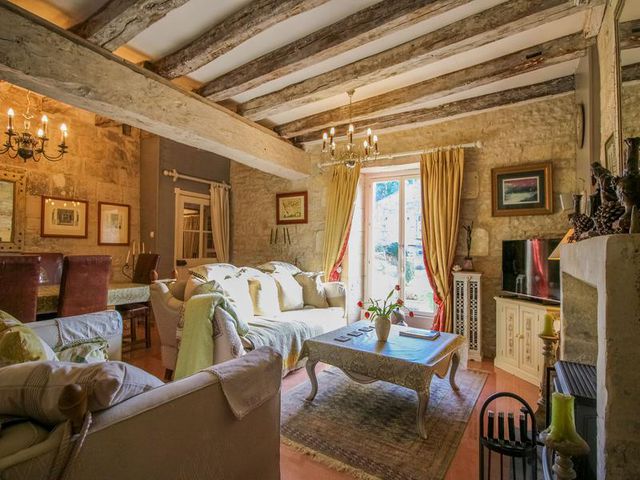 Surrounded by fields yet situated just 5 minutes from the medieval market town of Loudun, this gorgeous property is currently run as a chambres d’hotes and gite business with the converted medieval tower used as a yoga studio and treatment room.

Entering the hallway (3m2) of the 16th century farmhouse, to the left is the living room (37m2) with woodburning stove and window to the courtyard. Continuing through the fitted kitchen (43m2) which has underfloor heating has a door to the courtyard, a utility area and separate WC.

A wooden staircase leads to a double height bedroom (44m2) and ensuite bathroom with separate shower (13m2) that the current owners use as their personal space when there are guests in the chambre d'hôtes.

Back down in the hallway, to the right, the bedroom (27m2) has an adjoining shower room (4m2), fireplace and window and double doors to the courtyard. From the hallway, the stone staircase takes you to a landing (6m2).

To the left, the double height bedroom (26m2) has an ensuite bathroom (5m2), fireplace and windows to the courtyard and side.

To the right of the landing, the double height bedroom (33m2) has an ensuite shower room (5m2) and window to the courtyard.

Accessing the 18th century cottage via a covered veranda (12m2), double doors take you into the fitted kitchen (21.5m2) with wood burner and windows to the rear and courtyard.

In the converted medieval tower, the ground floor room (22m2) is used as a therapy room by the current owners with door to the courtyard.

At the rear of the building, up a stone staircase, the upstairs room (23m2) is used as a yoga studio. At the rear is also a vaulted cellar (55m2). There is a hangar (76m2) attached to the tower, perfect for outside entertaining.

There is a stone building (7m2) next to the kitchen used as a wood store and a second hangar (44m2). In addition, there are numerous buildings to renovate; a second medieval tower (24m2) opposite the other, with adjoining barn (123m2) and building with old milking parlour (39m2) and workshop (64m2) with mezzanine above (41m2).

The gravelled courtyard runs between the buildings and has flowers beds and lawn. The garden runs behind the buildings. It is mostly laid to lawn and there is also a pond.

The medieval market town of Loudun has bars, restaurants and all the other amenities you need, a twice-weekly market and cinema which shows original version movies every Thursday.

The property benefits from being in an area where there are many tourist attractions: close to the Loire Valley chateaux de la Loire and vineyards, the Royal Abbey of Fontevraud, the national equestrian centre, the “Cadre Noire” in Saumur and the 3D and 4D theme park, Futuroscope among many others.

It is situated around 20 minutes south of the beautiful historic town of Chinon. RyanAir have regular flights to the UK from Poitiers and Tours airports, both within an hour of the property. Close to the A10 and A85 motorways, Loudun is approximately 3 and a half hours driving time to the ferry port at Caen Ouistreham.