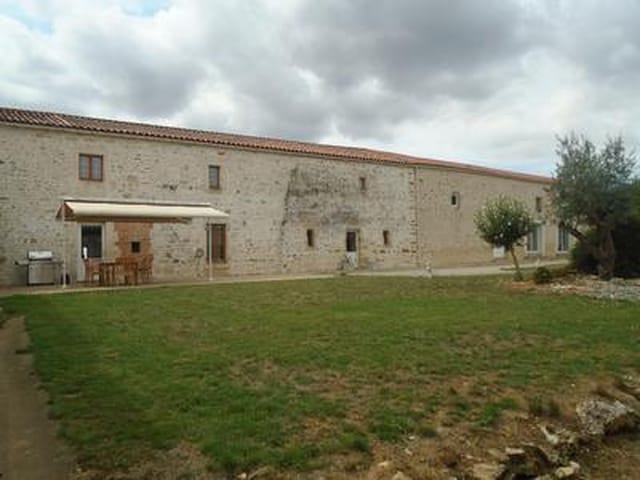 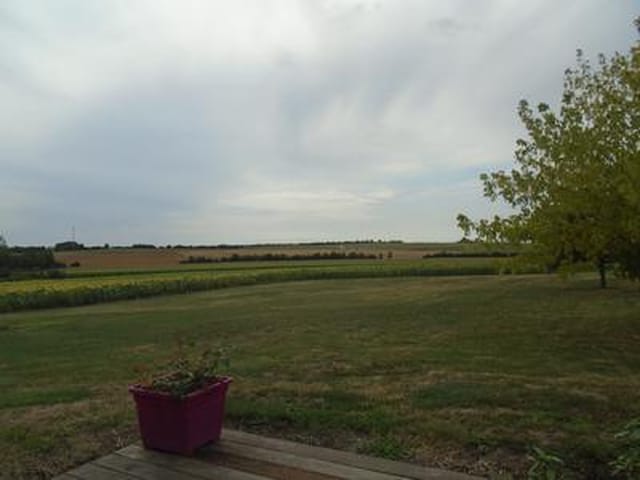 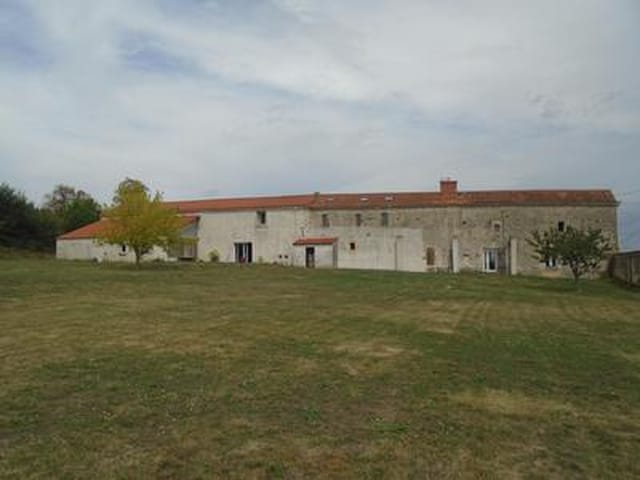 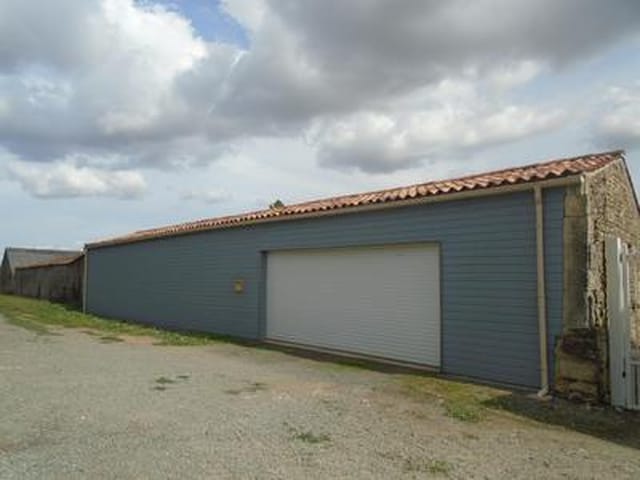 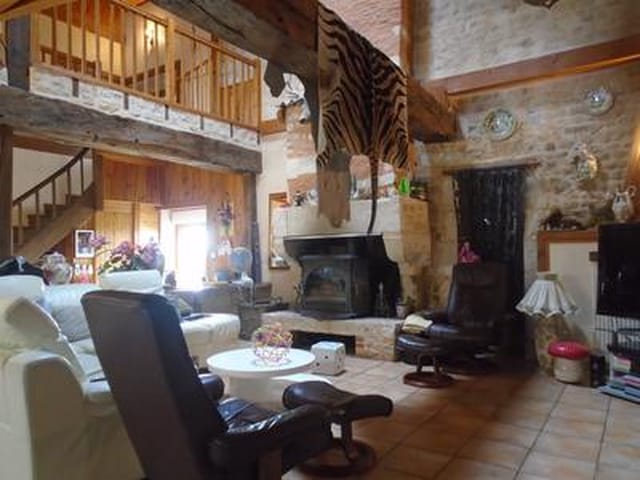 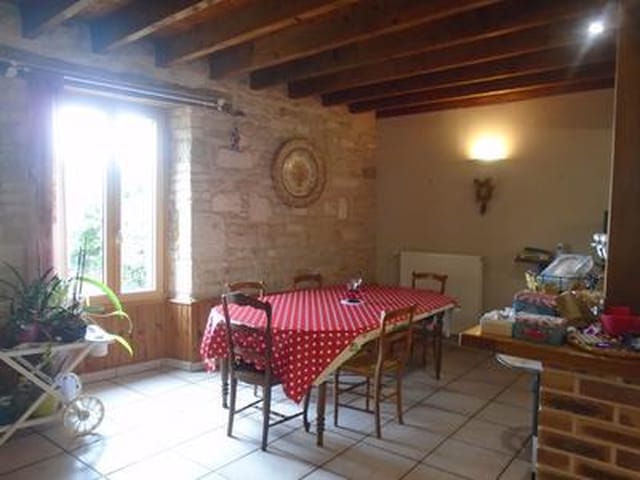 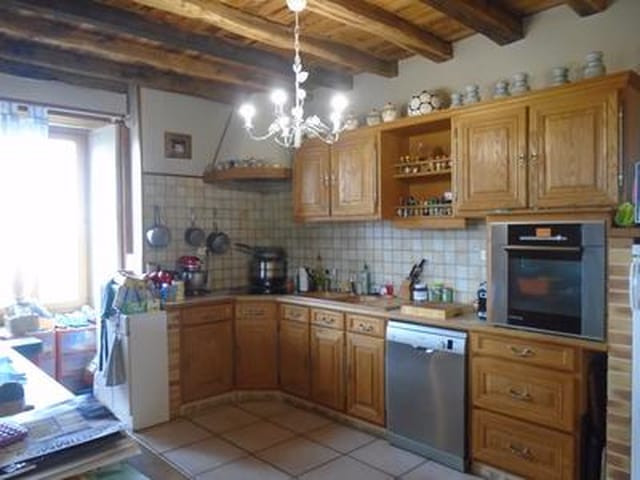 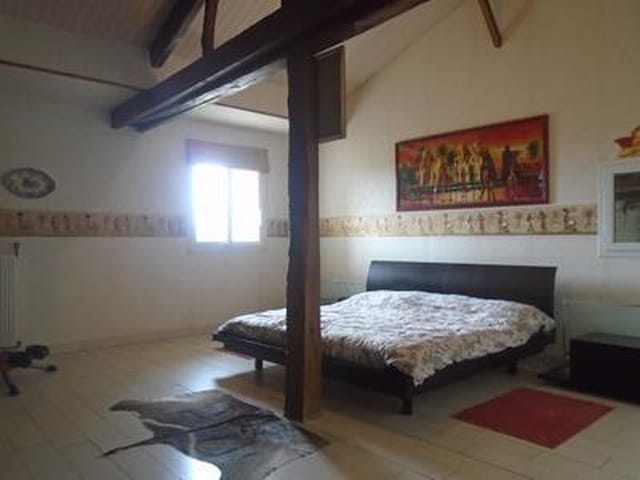 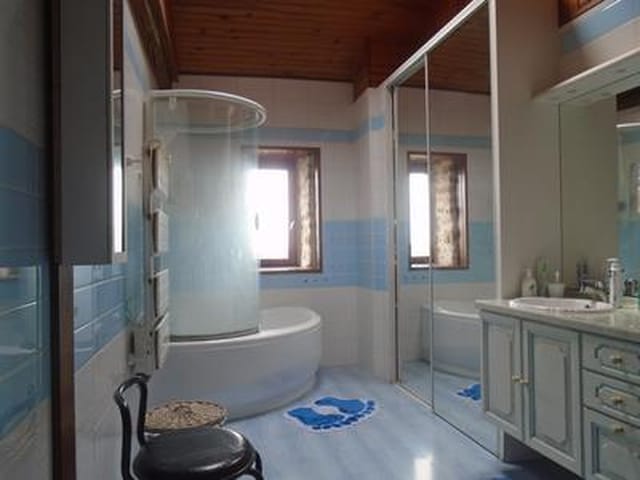 This stunning, hidden gem, is an exceptional barn conversion and takes family living to a whole new level.

Consisting of two large games room, a large family kitchen/diner, vaulted lounge with woodburner and five bedrooms, your breath is then taken away with the indoor heated pool with separate hot tub; summer kitchen and dining area.
This is most definitely a most unique property.

Outside there are further outbuildings which could be converted into further living spaces; one of which was a former chapel dating from the 1300s.

All this sitting in the heart of the Vendée overlooking the rolling countryside with an interior unoverlooked courtyard which is enclosed with motorised gates and enormous double garage.

This impressive, extremely well renovated barn is most definitely one to view.

The property comprises a large double garage, several outbuildings and the house on three sides with a wall to the fourth side giving a completely private interior courtyard which you enter by motorised gates.
The back of the house faces the open countryside.

You enter the house into the large lounge which is the centre of the home and has exposed stone walls, beams, a vaulted ceiling and a woodburner. This room separates the two wings of the house. To the left the large family, dining kitchen is fully fitted and has a family sized breakfast bar area as well as a spacious more formal dining area.
From the other side of the lounge a door leads to the billiard room which also has a shower room and the boiler room, and then into the immense pool room which has a dining area and a second fully equipped kitchen for those all-important parties. There is a hot tub and off the pool room to the rear of the house is a further games room which also has a sauna and separate shower.

From the pool room and the games room you access the rear terrace which has wonderful views over the countryside.

The stairs from the lounge lead to a large landing and again this separates the two wings of the house. To the right are three bedrooms, one a large master, and a bathroom, and to the left two further guest rooms.

Outside are several outbuildings comprising a large double garage and further workshop, a large outbuilding currently used for the dogs on one side of the courtyard, and on the other side an open barn, a cave, two further buildings, one of which was a chapel dating from the 1300s, and the second one which could be turned into further living accommodation as it still has the original fireplace and a water supply.

To the rear of these outbuildings is a very productive vegetable garden and orchard with a chicken run.

The property benefits from double glazing, oil central heating (installed in 1999 and regularly serviced), conforming fosse septique, a well which is currently used only for the garden but which could be used for parts of the house if desired. The roofs are all in very good order, being done in 2005 and 2012.

ONE NOT TO BE MISSED !