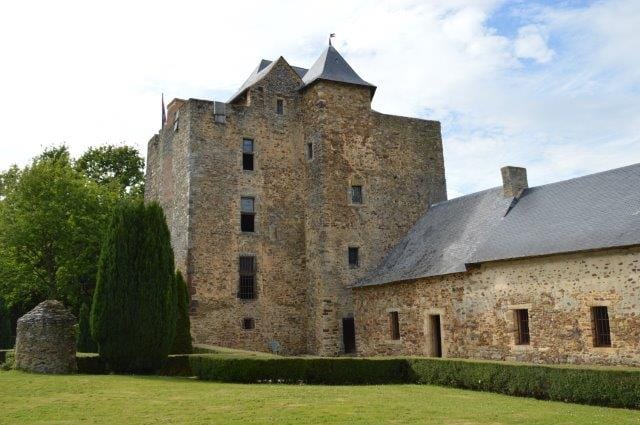 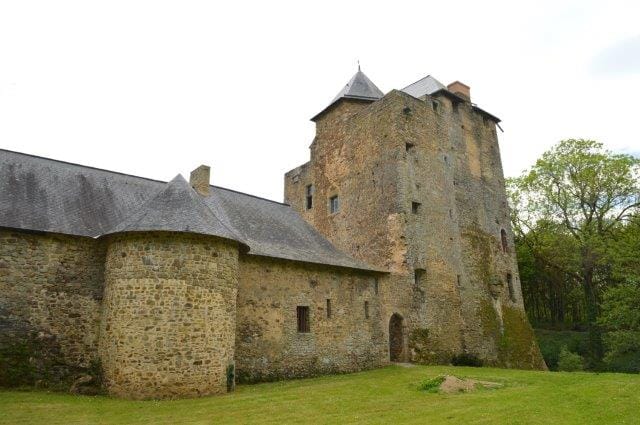 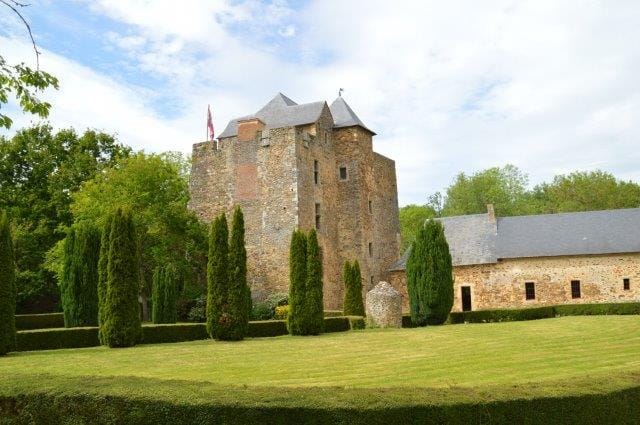 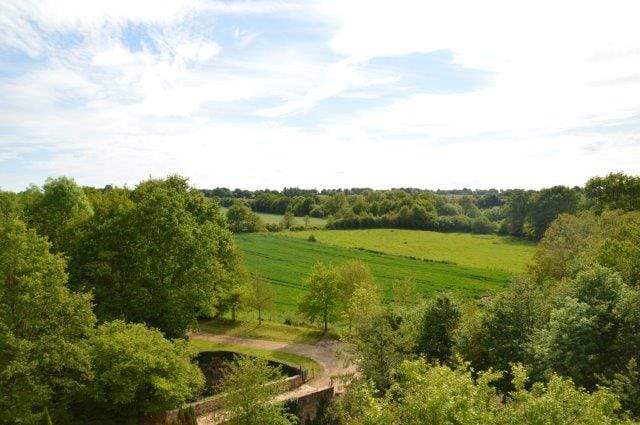 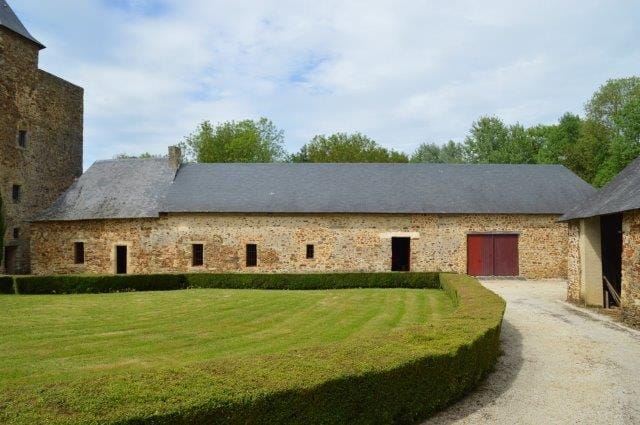 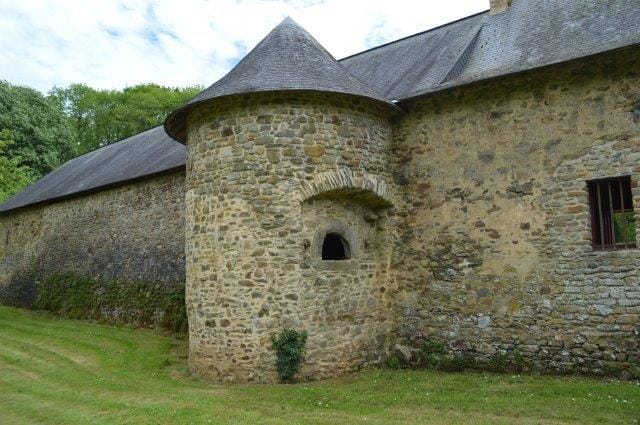 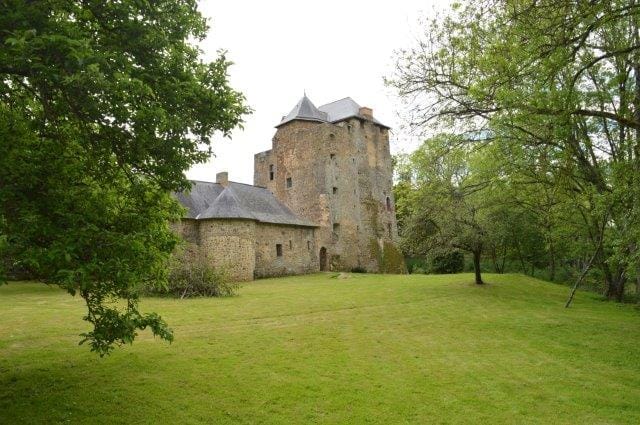 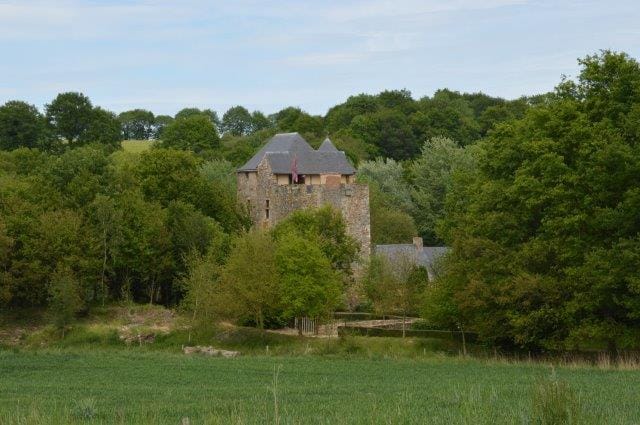 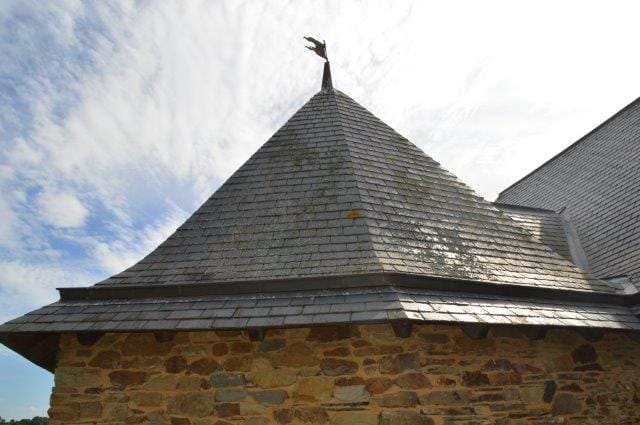 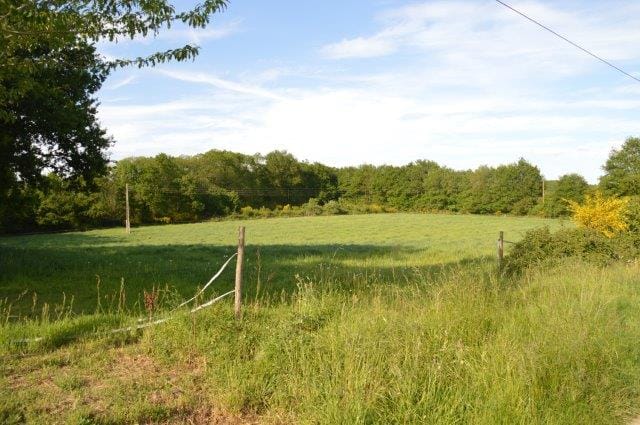 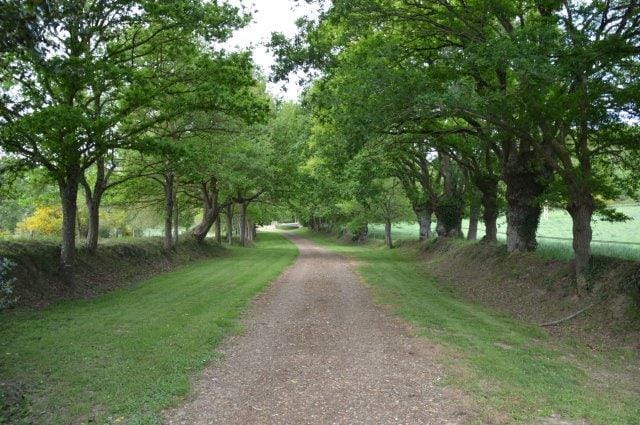 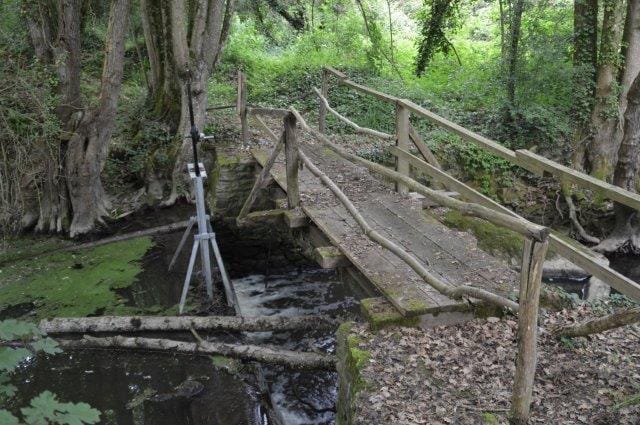 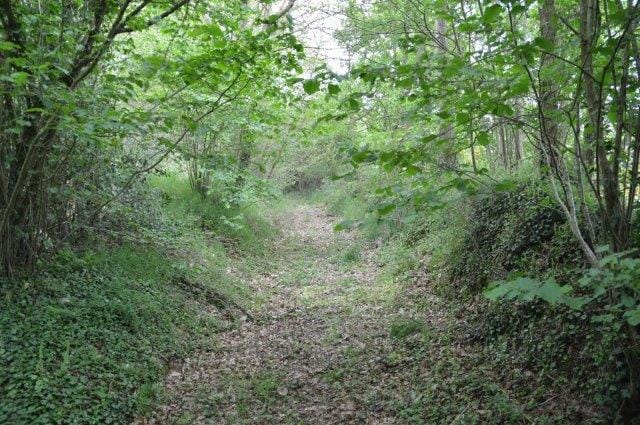 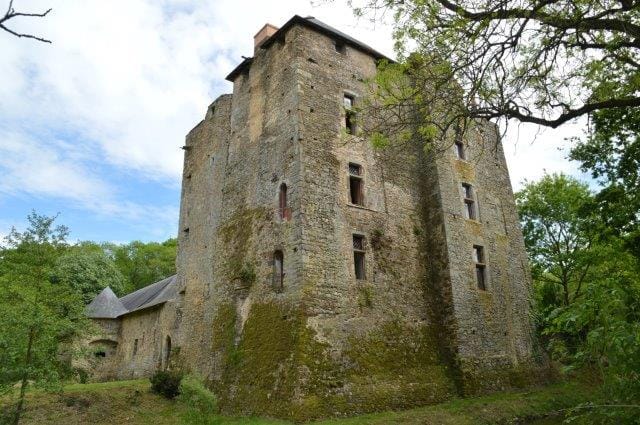 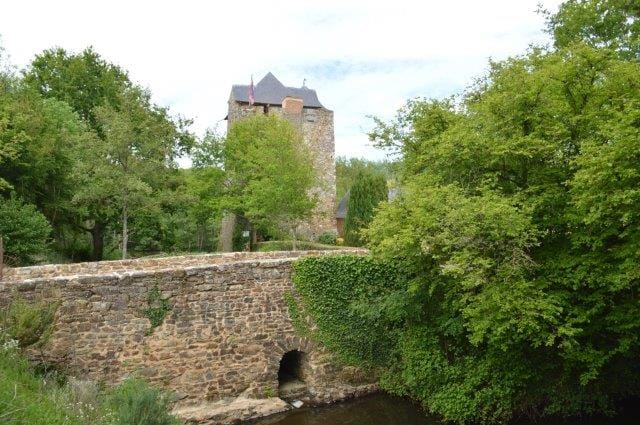 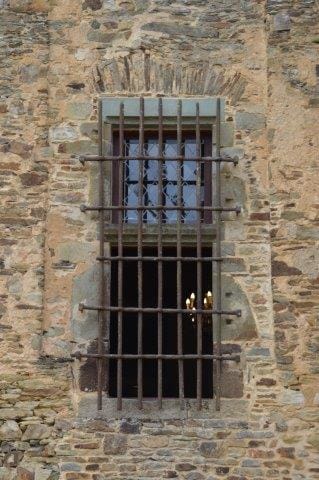 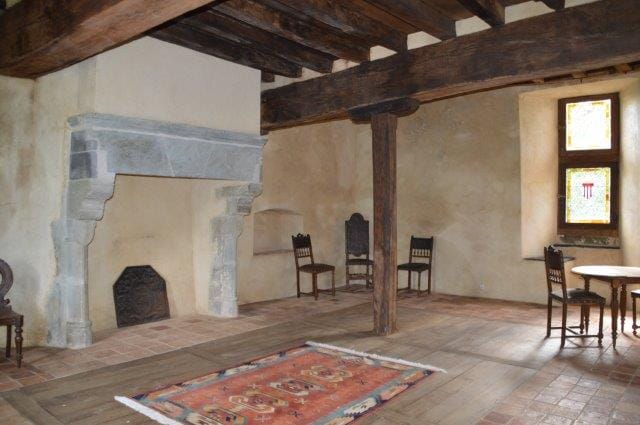 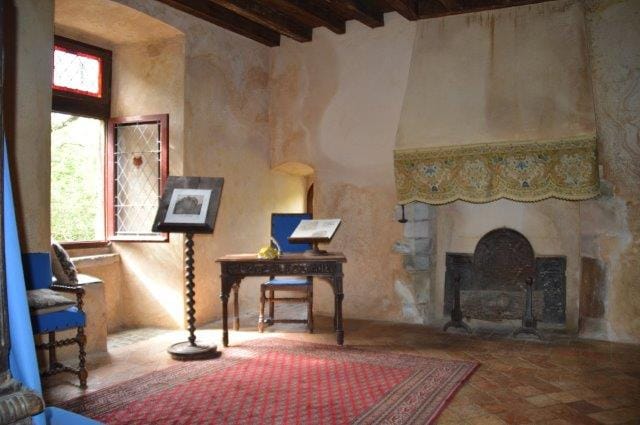 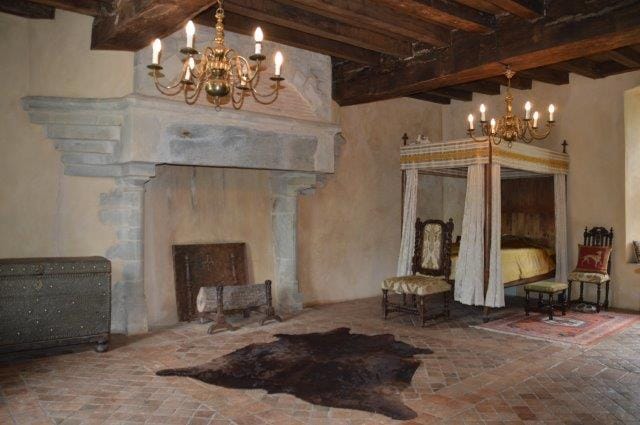 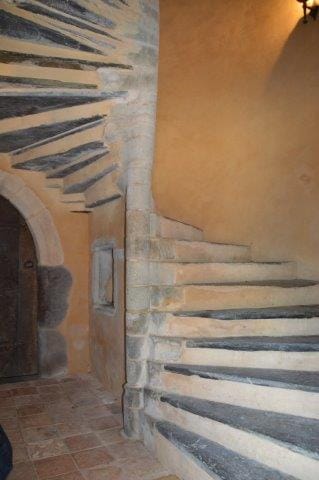 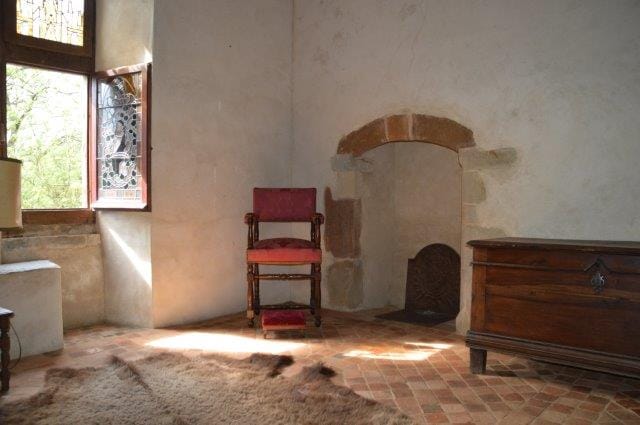 Unique opportunity to become the owner of a completely renovated medieval castle, transformed into a luxury home. Old features are still present.
Surounded by moats. Lots of outbuildings with garages, barns, guesthouse...

For sale this authentic dungeon classified as a 13th, 14th and 15th century Historic Monument surrounded by moats, a haven of tranquility and greenery on 4.5 hectares of parkland, woods, and meadows.

The property:
Former watchtower in the 13th century on the border of Anjou and Brittany, the dungeon abandoned its military vocation in the 15th to become a stately residence with the addition of the spiral staircase in the civic sense and the expansion of some windows.
It is now listed as the 3rd oldest building in the department, and seduced by its remarkable state of preservation and the quality of its medieval architecture.

Surrounded by moats, the building is made accessible by a stone bridge. The latter is not original and probably replaces a wooden bridge that could be removed in case of danger. From its height of 20 meters, the dungeon largely dominates the surrounding countryside and allowed at the time to easily spot the arriving enemy far away. Today still, its two terraces offer a superb view on the field.
The only entrance is in the hexagonal tower housing the magnificent staircase with more than 80 steps. Result of a modernization of the building, the latter serves all to the terraces. Prior to its addition in the 15th, the upper floors were accessed through a hatch and a wooden staircase that could be removed when the lower floor was threatened.

The whole dungeon has benefited over the past 35 years from a quality restoration unveiling a breathtaking authenticity and offering its occupants and visitors a real trip into the past: in all the rooms you will find monumental fireplaces, exposed beams, tomette floor tiles of 10 x 10, mullioned windows with their cushions and leaded windows, etc.
The ground floor reveals two rooms in use as cellar, a cellar and boiler room but also access to the latrine pit.

On the first a large living room, a dining room with meat oven built into the fireplace, and the kitchen.

On the second, two large bedrooms and a bathroom.

On the third another two bedrooms in the same spirit and a bathroom to finish (existing water supply).

Above, two terraces and a large attic with a beautiful frame.

The outbuildings are vast and numerous: a bonfire and a large farmhouse of the 17th century including a housing (three rooms, a bathroom and a toilet), a former stable or barn, and two garages.
The land, crossed by the river, covers 4.5 hectares including a park, wood, small lake and 2 meadows that can easily accommodate 2 or even three horses.

Our idea of ​​this building: You are a passionate of medieval times and dream of a life of a lord, this dungeon will seduce you by its purity! A cascade of authenticity in an irreproachable state of conservation!