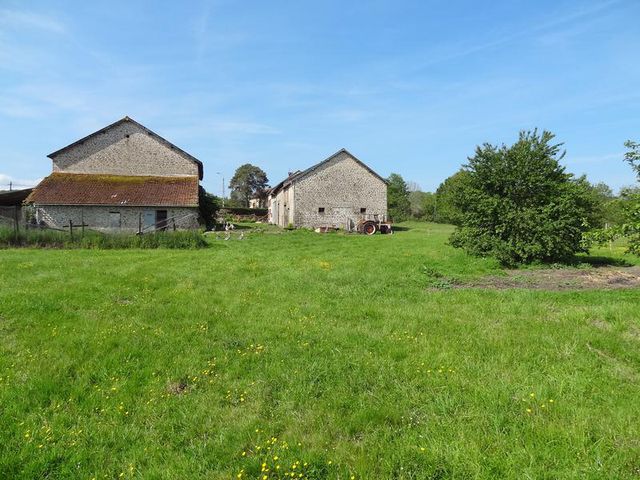 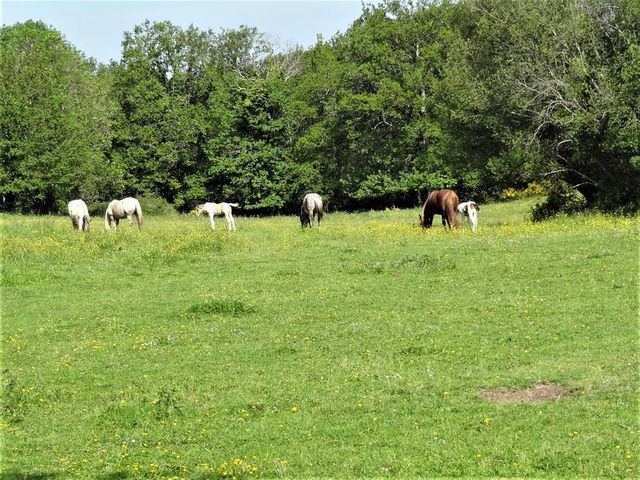 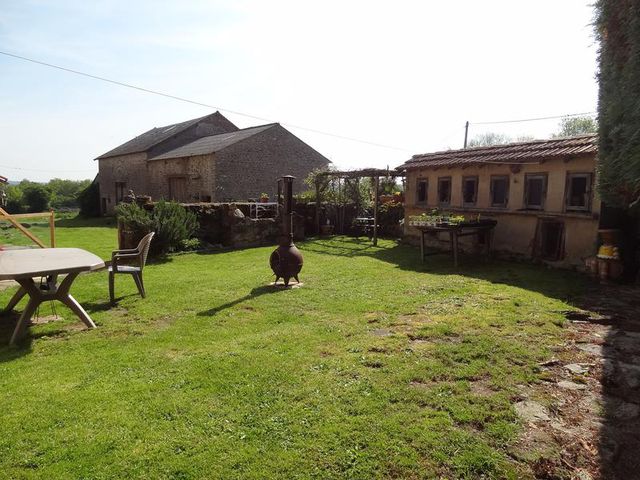 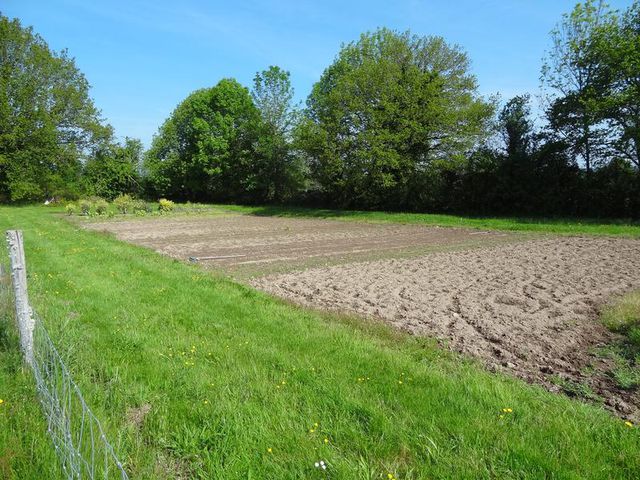 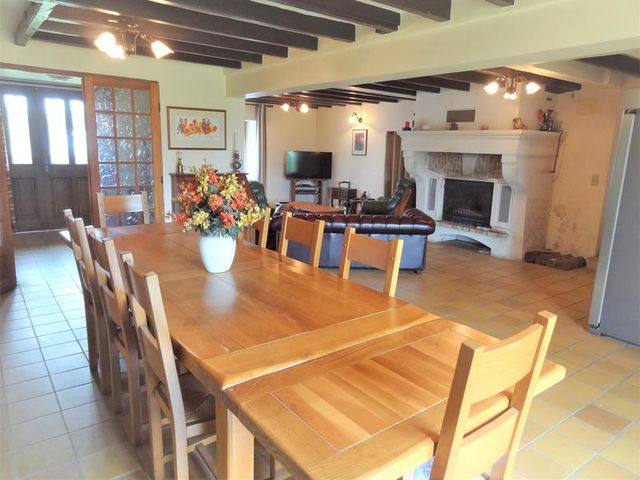 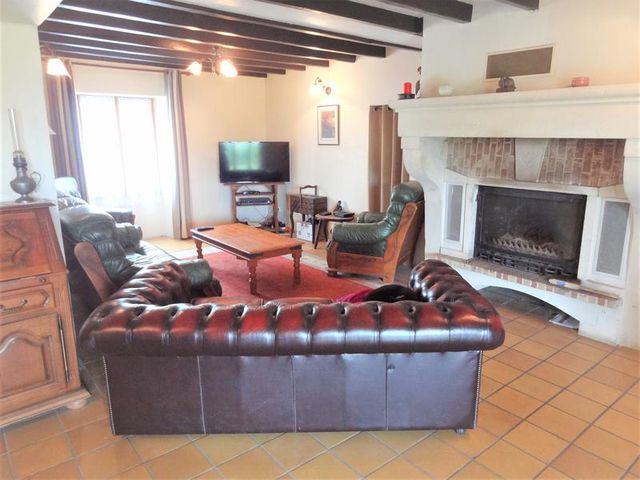 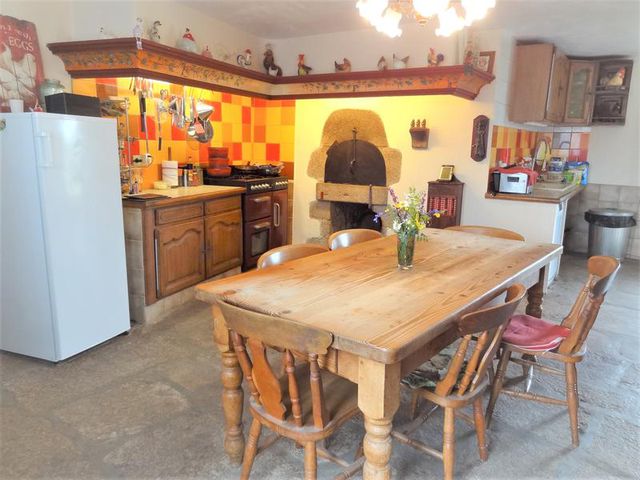 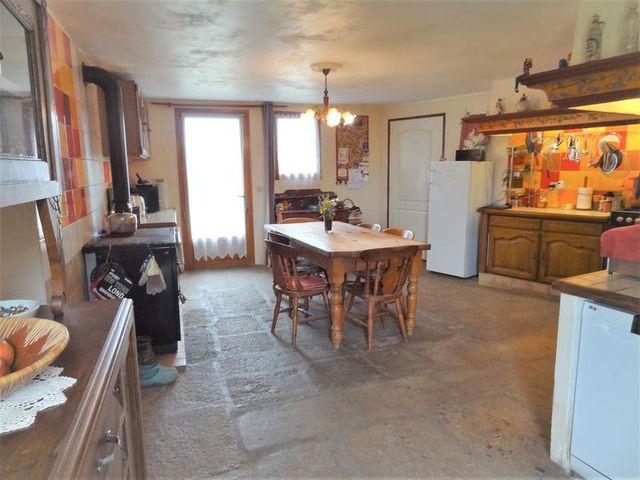 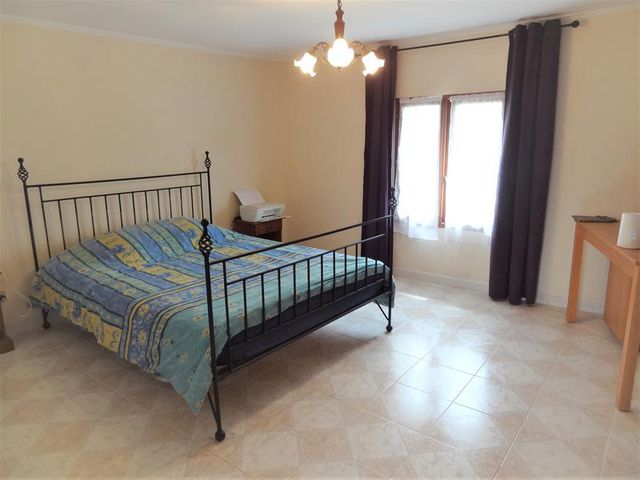 Situated just a few kilometres from Bessines sur Gartempe, with its bars, bakeries, restaurants and supermarkets, this beautiful property sits on the very edge of a hamlet, surrounded by countryside.

The house has been tastefully renovated and retains many of its original features, such as beams and exposed stone. It is also light and spacious and benefits from double glazing throughout.
With its land and many barns, the property offers many options for working with, or keeping animals, but the house would also lend itself very well to a bed and breakfast business, or the creation of a small gite.
With correct permission, there may also be the possibility to renovate some of the barns.

The property consists of 300m2 of habitable space. The kitchen, utility area and cave, used to be the old bread oven and work area. The bread oven still exists as a feature in the kitchen. If required, and with a little bit of work, the house could easily be split to create a main house and a gite.

Groundfloor: A tiled entrance hall leads into an open plan lounge and dining room. There are windows to the front and French doors at the back, leading to the garden and land. The floor is tiled and the centre piece of the room is a large chimney with insert wood burner. There are beams on the ceiling and small areas of exposed stone. A small alcove also provides an ample sized office, though this space could be used differently.

Off the entrance hall, there is also a downstairs bedroom with ensuite bathroom and though easily a double room, it could be made bigger, with an access to the garden, by knocking through to the alcove/office part of the lounge.

Steps up from the lounge, lead to the spacious and fully fitted kitchen, with stone floor and original bread oven. There’s a wood burning stove and a 5 ringed cooker with electric oven, also included in the sale. Behind the kitchen, there’s a large utility room with exposed stone and another smaller room, currently used for storing wine and vegetables, but which could be a walk- in larder. In the utility room, there is a working lift, to the first floor.

From the landing, a couple of steps lead to a bright corridor, which serves two more bedrooms. At the end of the corridor there is a large room, still to be renovated, with three large double glazed windows, already installed. There is plenty of space here to create another room or bathroom if required. The lift from the ground floor also arrives here.

From the landing there is also access via a staircase, to a sizeable attic, which also provides an option to create more living space.

Outside: There is a small separate garden just outside the kitchen at the front. This is completely enclosed by stone walls and a gate. Next to this is a large grassy strip, like a grassy courtyard, with barns on either side. The barns are of varying size, but all in good condition and some with replaced rooves. Altogether there is approximately 500m2 of barn space.

At the end of the run of barns, the land opens out and continues around to the back of the property, where the owner has created a massive vegetable garden. There’s a second large vegetable garden, separated off from this main piece of land and accessible via a gate. All the land around the main house is enclosed.

A small path divides the attached land from some of the non- attached land, though access is made easy via two gates. There is then, more land a little further away at the end of the road.