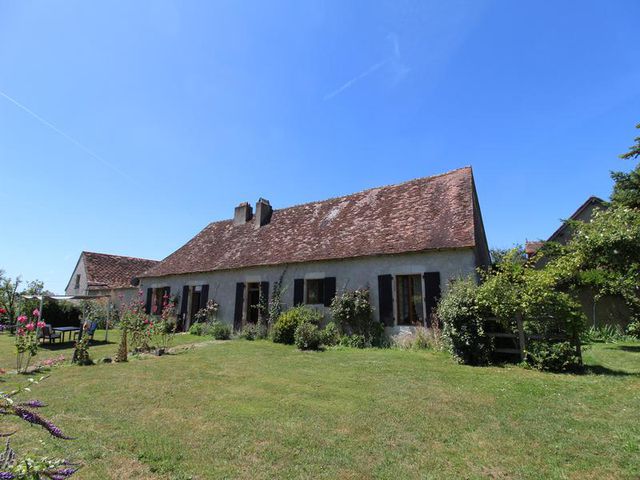 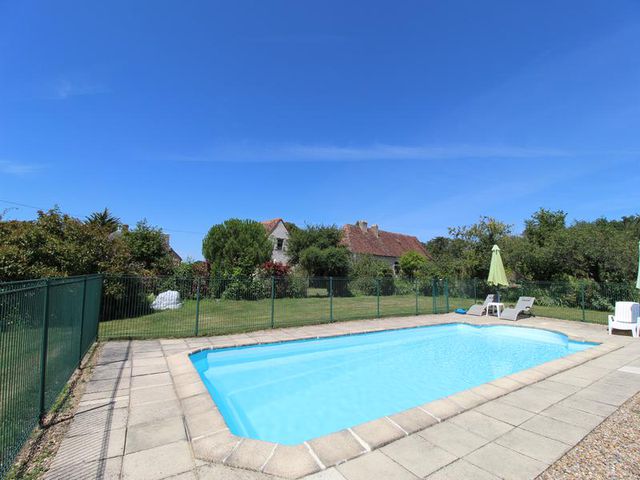 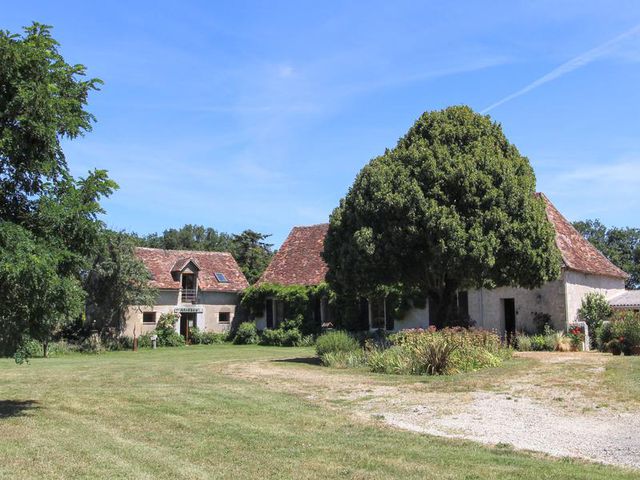 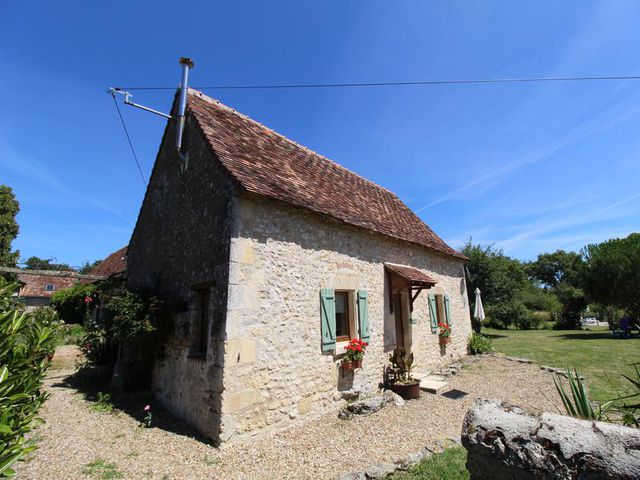 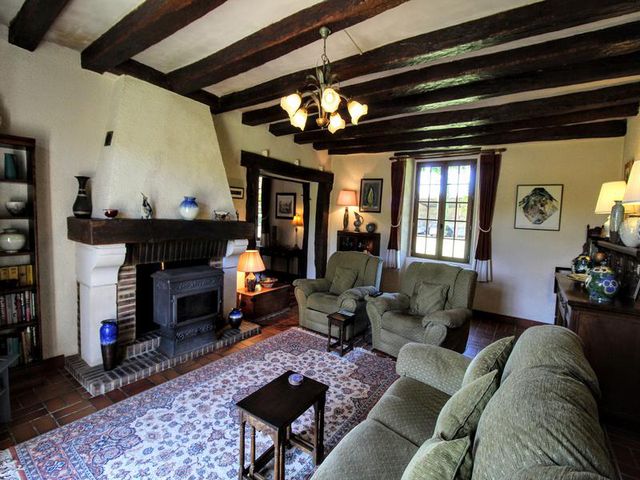 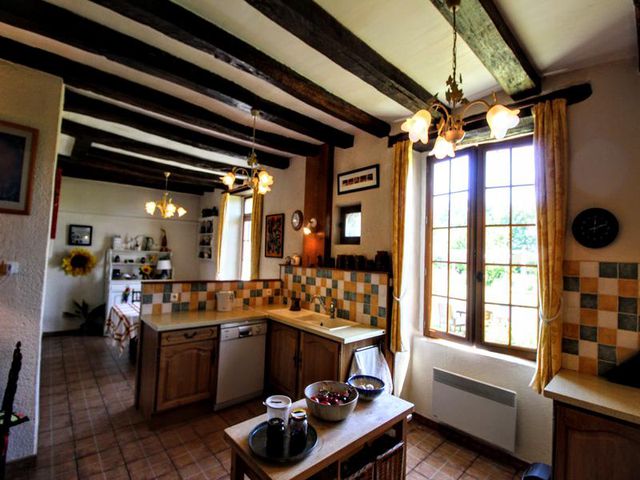 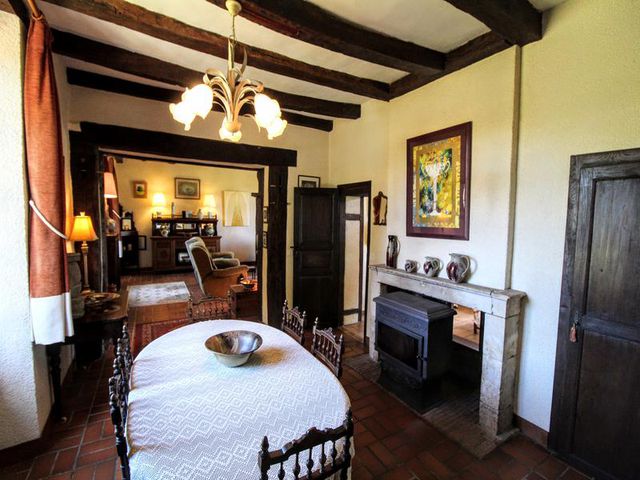 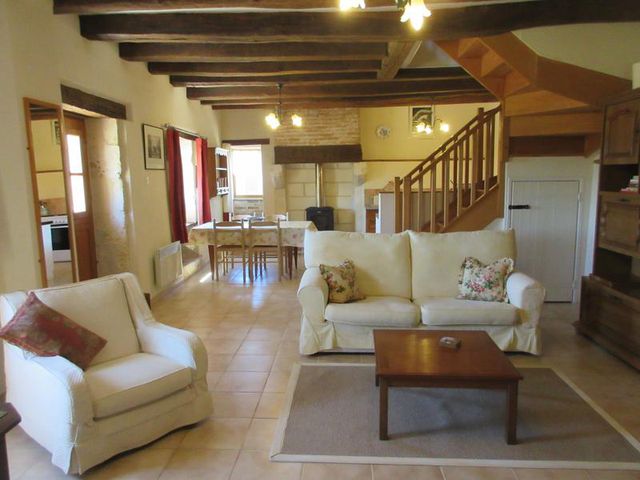 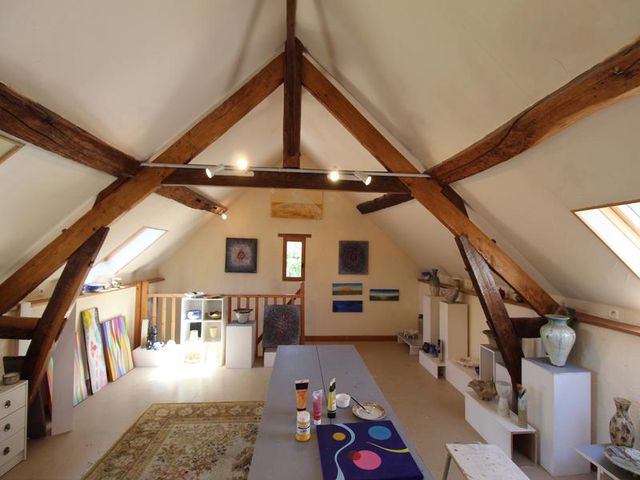 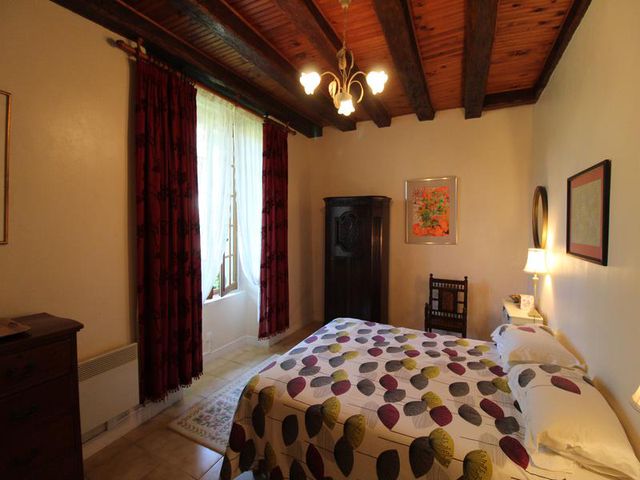 Beautiful 3 bed longere with a lovely 2 bed gite, pool, several outbuildings including a studio/workshop all set in nearly 8 acres of land which includes a golf practice area.

If it is a property with an up and running gite with further potential that you are looking for, then look no further!

This superb longere offers a large amount of living space all on one level with the possibility to add more on the first floor if required.

There is already a fully functioning 2 bed gite.

Then there is a studio/workshop which would easily convert into a second gite and a small barn next to the BBQ terrace has a new roof and a concrete floor, so that too would convert quite easily if required.

There is a 10m x 4m swimming pool with a terrace and a fully compliant security fence, a golf practice area and even a croquet lawn, so plenty to keep guests occupied on site and all of this within easy reach of the local tourist attractions of Saint Savin, with its UNESCO world heritage site Abbey, Angles sur l'Anglin one of France's favourite villages and La Roche Posay with its renowned thermal spa centres.

Also close by are other historic towns of the region such as Chauvigny and Montmorillon, and it is only around 40mins from Poitiers with its TGV station and autoroute (A10) Paris/Bordeaux and Ryanair served airport. All of this making it easy to get to from the UK being only around a 4hr drive from the main western channel ferry ports (Caen, Le Havre, Cherbourg and St Malo).

The property is a hamlet at the end of a lane, so all of the buildings that you see in any of the images are included in the sale.

No near neighbours and no passing traffic, just peace and tranquility.

The main longere has an entrance hall, a large kitchen diner with patio doors leading out to the pretty, established garden. The kitchen is fully equipped and has exposed wooden beams and a woodburner is positioned between the kitchen diner and the separate dining room allowing the heat to enter both rooms. The dining room leads to the large living room which has a feature fireplace with another woodburner, exposed wooden beams and more patio doors leading to the garden.

A corridor then leads to a family bathroom with a pink bathroom suite and 3 bedrooms, one of which has an ensuite shower room. At the opposite end of the building there is a utility room with a separate wc and also a room which could be used as an office or 4th bedroom and has a shower cubicle.

The workshop has 2 rooms on the ground floor one of which houses the pottery kiln and a large artists studio on the first floor.

The grounds contain various outbuildings including a bread oven, renovated barn and a large hangar for parking and keeping wood under cover.

Also in the grounds are plenty of alfresco dining areas, a small pond, a well and a golf green with a greenside bunker and 9 narrow fairways leading to/from it forming a kind of cartwheel.