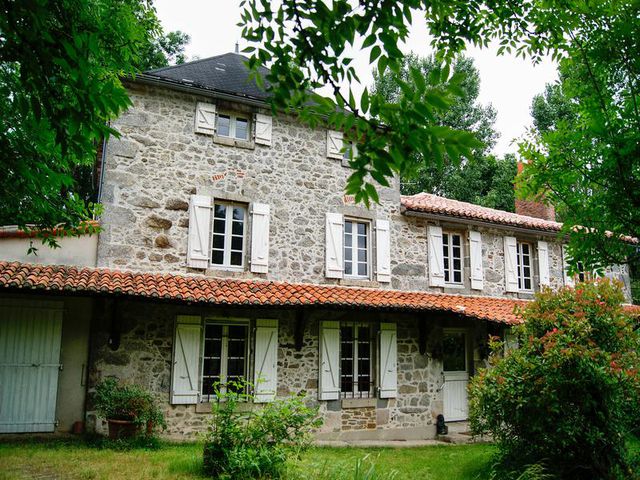 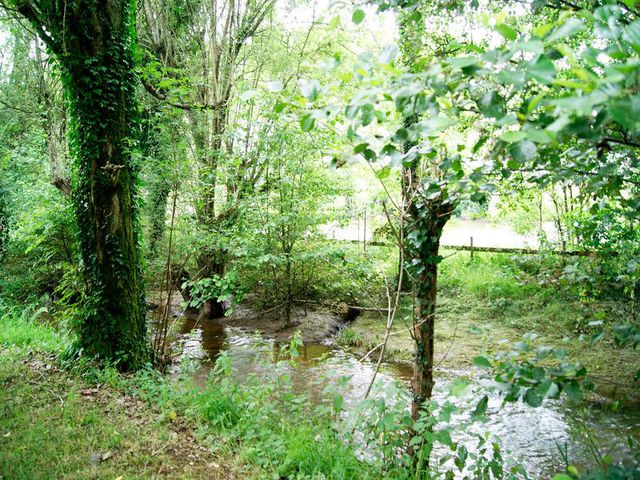 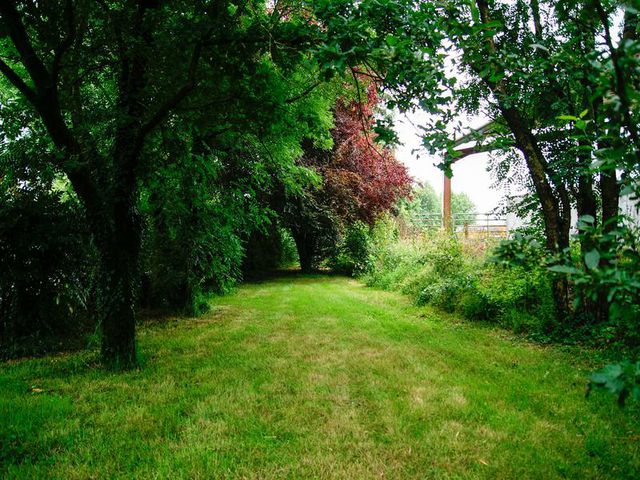 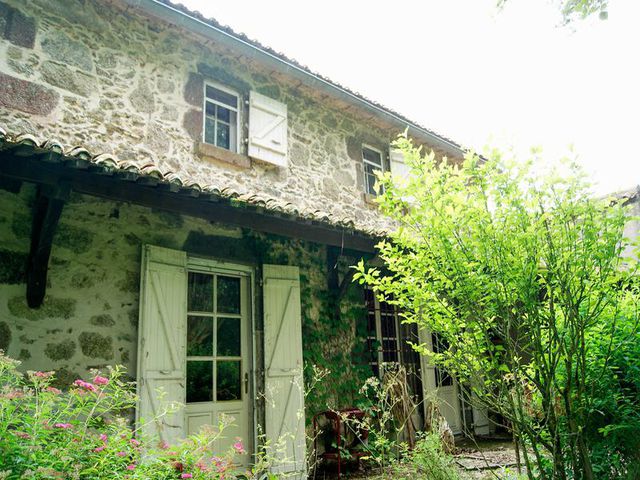 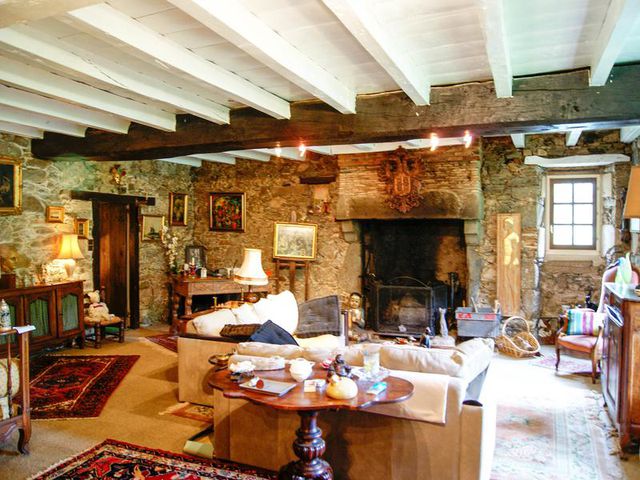 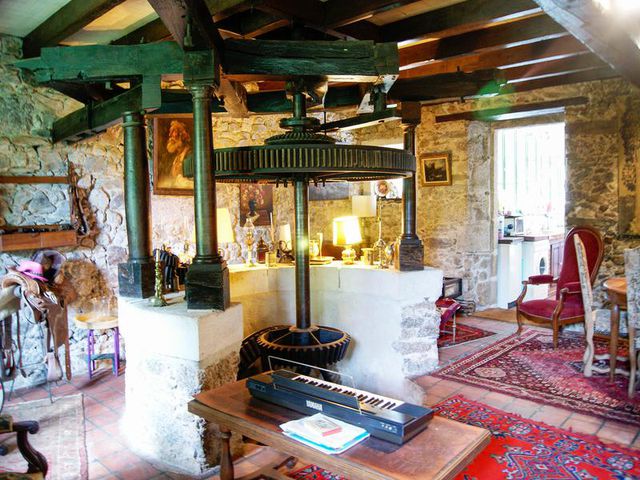 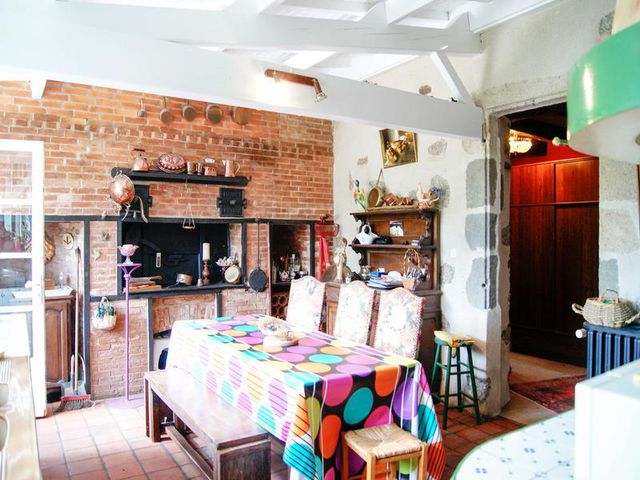 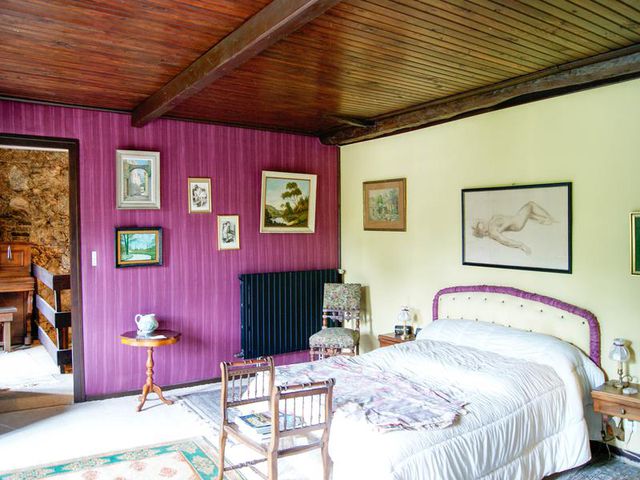 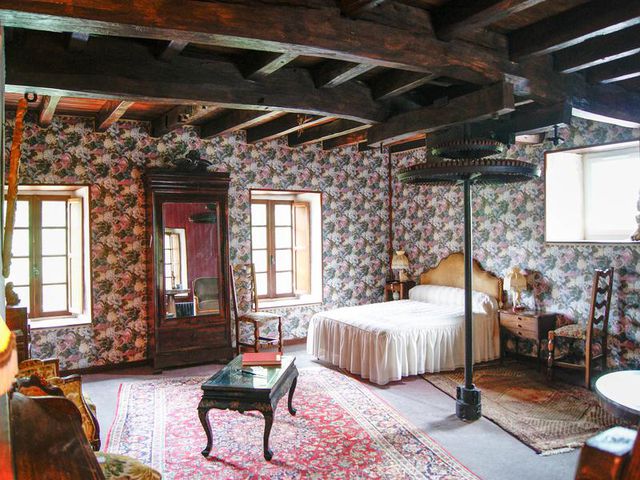 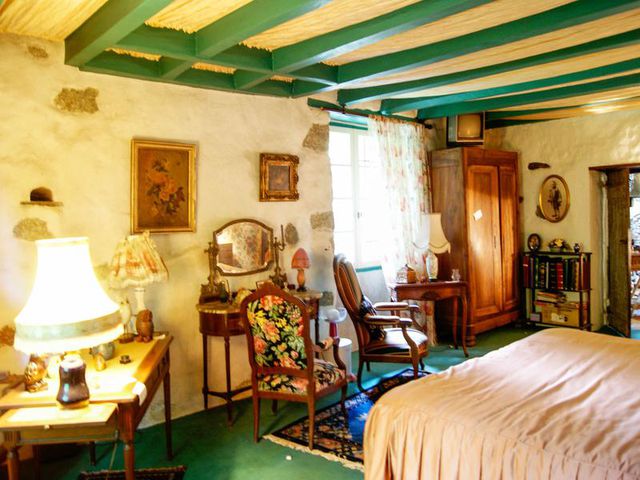 Former water mill retaining many original features such as the old mechanism plus bread oven in the kitchen.

Ideally situated in the countryside but close to amenities. Largeasse is only 2km while Moncoutant with most amenities is 7km. The town of Bressuire is 17km with a train station. Closest airports are at Poitiers (78km), La Rochelle (92km) and Nantes (110km).

The front door opens directly into the LOUNGE (58m²) which has a large open fireplace, exposed stone and beams, internal shutters as well as external ones, and open stairs to the next floor.

There is a ground floor BEDROOM (28m²) which leads to a SHOWER ROOM (8m²) with Italian shower, wash basin and bidet.
There is an INNER HALL (15m²) with storage cupboard and WC (4m²).
The KITCHEN (20m²) retains the old bread oven (once was the bakery for the hamlet) and has a door leading to the garden.
The DINING ROOM (38m²) has the mechanics from the old water wheel and fireplace.

Upstairs the bedrooms lead off the large LANDING (24m²).
One BEDROOM (36m²) has the water mill mechanism through it and up to the mezzanine floor above which is another BEDROOM (37m²).
BEDROOM 4 (22m²) has a walk in wardrobe (2m²).
There is a SHOWER ROOM (9m²) with shower, wash basin and bidet plus separate WC (2m²) with wc and wash basin.
An ATTIC ROOM (42m²) is ready to be converted to a further bedroom with possibility to create a bathroom.

The bedrooms have fabric padded walls, there is exposed beams and stonework throughout.

Outside there is an attached GARAGE (38m²) and covered SWIMMING POOL. The mature garden leads down to a small river where there is a bridge taking you across to a fishing lake.
On the opposite side of the road there are a couple of fields.