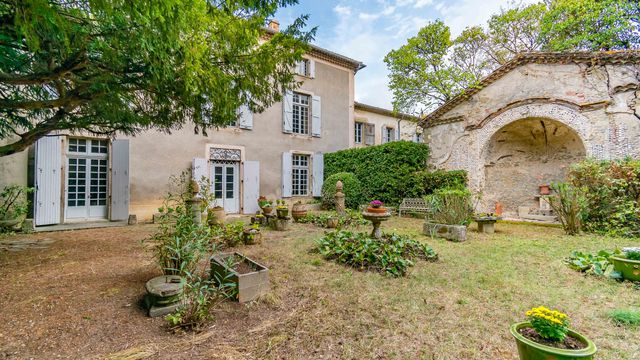 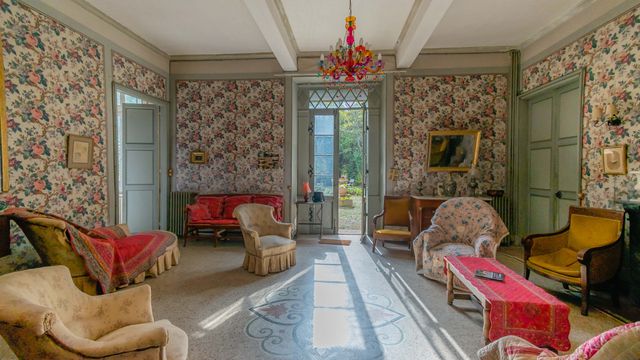 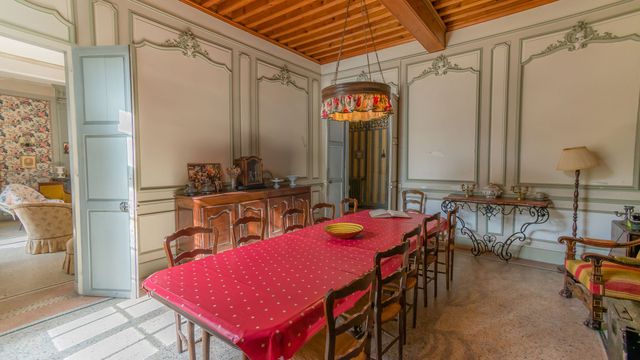 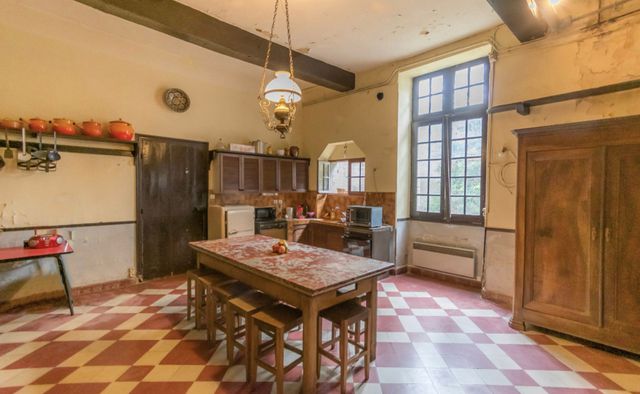 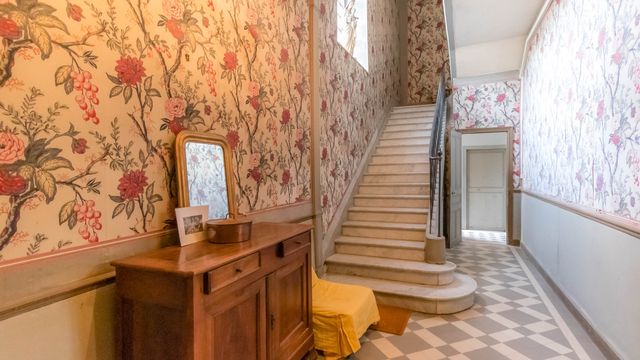 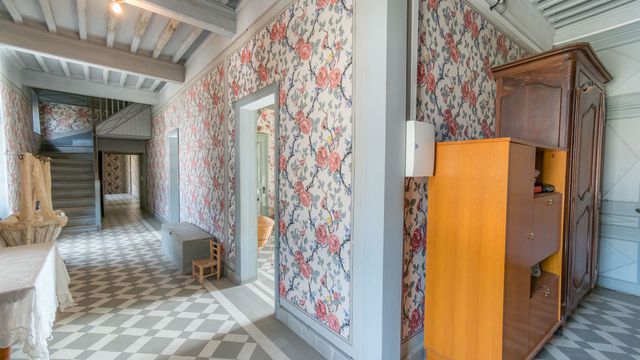 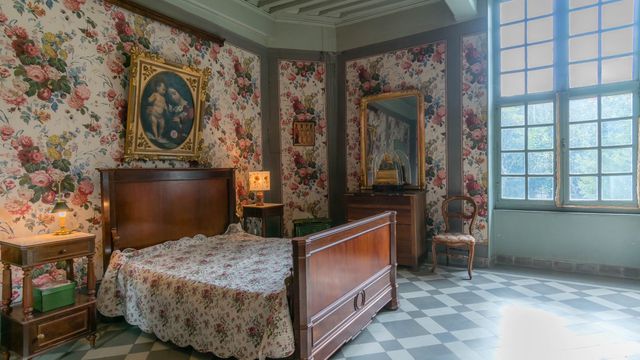 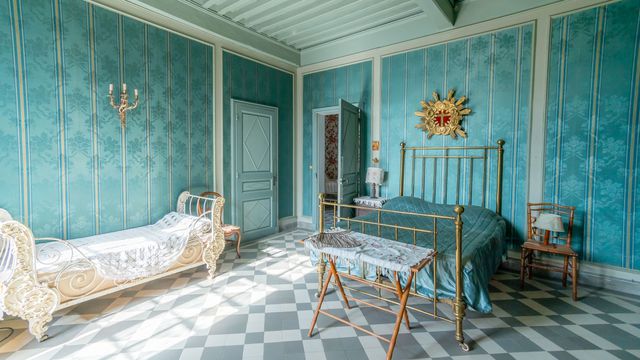 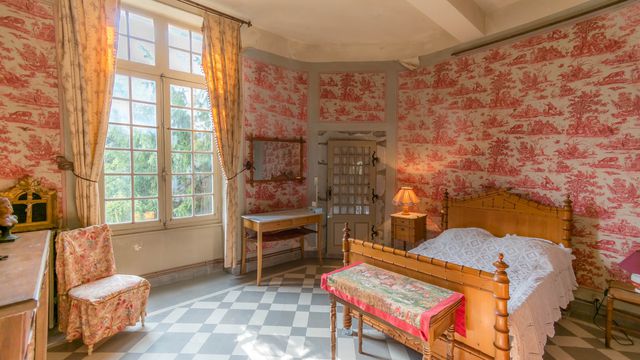 It’s not often that a property like this one comes on the market. It has been in the same family for seven generations.

This maison bourgeoise is part of a domaine that once was into wine production but today it is a holiday home that has been used by the family for weddings, family reunions or simply to enjoy during the summer months.

It was originally renovated in the 1920s and you can still see the touch of the bride decorating the home that was her wedding gift.

The house is on three levels entering through a grand hallway with great staircase leading to the upper levels. This is where you will find the living room opening to the terrace/garden, the kitchen with its pantry and access to the cellar and its old tunnels formerly used to escape from invading armies and the stately dining room. Another room is now used for storage but can be easily converted to habitable and a WC with enough space to add a shower room.

On the second level is where you will find six spacious and luminous bedrooms that were part of the owners night quarters with a full bathroom and the possibility to create two more bathrooms.

The third level was were the servants quarters were situated previously. This space was progressively redecorated and served as children’s rooms, with views This stately home will need some TLC and renovations to bring it up to date whilst keeping its charm and character.

The outside area consists of the terraced garden with several areas to comfortably sit and enjoy the 300 days of sunshine our area is known for. A few steps below is the park with two different staircases and mature trees. An iron gate leads to the path leading to the Canal du Midi.

The outbuildings can be converted into separate lodgings and rented to holidaymakers. They are a complete renovation project for anyone that wishes to add value to the property. The potential is only limited by your imagination.

Carcassonne has two UNESCO heritage sites, the famous Canal du Midi and La Cité, welcoming over three million tourists a year. It is also served by the SNCF (trains) with connection all over France and Europe, the Carcassonne Airport and dependable local transport. It is 45 km to the Mediterranean, 70km to the Pyrenees and their ski slopes, and 2 hours on the TGV to Barcelona.